Red shirts? – Bluebirds fans wouldn’t give a toffee for them 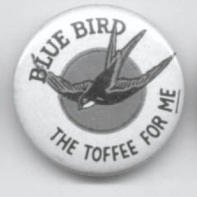 It’s never been redbird in Cardiff…

News that Cardiff City’s Malaysian owners are no longer looking to change the club’s colours to red must have come as a relief to the Bluebirds’ fans.

I have never read as much rot as the press release issued by the club: “The new club crest and home colours which were being discussed were intended to demonstrate the symbolic fusion of Welsh and Asian cultures through the use of the colour red and the predominant featuring of as historical Welsh dragon under the Cardiff City FC name….This would have been the springboard for the successful commercialisation and promotion of the club and its brand, driving international revenues and allowing us to fund transfers and success locally, thereby giving the club the best chance of competing at the higher reaches of competition.”

So – red shirts would make that more possible, would they Mr Ghee (chairman)? This decision came after the club missed out on promotion to the Premier again and subsequent comments that the Malaysians are now considering their investment in Cardiff, suggests that the Board are not happy that they did not get their own way. There are suggestions that they have gambled on Premier football, hence warnings of financial problems ahead.

Cardiff as a global brand? It just doesn’t sound right. It’s true that since moving to the Cardiff City Stadium in June 2009, the club has enjoyed good momentum, reaching Wembley in 2009 and 2012, and there are hopes of eventual promotion, but this is no Liverpool, Chelsea or Arsenal. There is no need to have the Cardiff City website in Chinese just yet.

Perhaps Mr Ghee has plans on Asian domination, hence the use of “lucky” red and the introduction of an equally “lucky” dragon in preference to that symbol of bad fortune the Bluebird. For Christ’s sake, it’s not an albatross!

If Cardiff had succumbed, it could set a bad precedent. We might see Manchester City in white or Chelsea in Russian red, or any colour that took the fancy of their benefactors. Colours are an important part of the identity of a club – change the style of the shirt by all means – as they all do – but don’t lose sight of tradition. It’s Bluebirds…got it?