Time to give Benitez a break 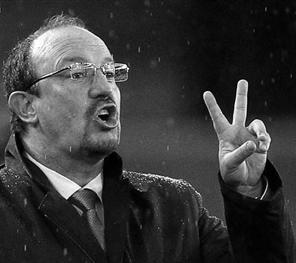 Rafa Benitez’s outburst after the Middlesbrough v Chelsea game underlines the toxic environment in which he has been placed at Stamford Bridge. Benitez could be the world’s best manager and he would still not be accepted at Chelsea, largely because of some inappropriate comments made during his time at Liverpool. You can see now that Benitez doesn’t hold back when he wants to say something, a similar trait to someone else who once sat in the Chelsea dugout and who is rumoured to be on his way back to London SW6.

Benitez would probably not take the job even in the unlikely event that he gets offered it. He’s told the Chelsea fans that “you don’t need to worry about me, I’m off”, and you sense he cannot wait to get the tube out of Fulham Broadway.

The wrong man? A bit like Scolari, Ancelotti, AVB and Di Matteo. Who is the right man? Let’s be clear, it won’t be the right man according to the fans. Chelsea FC is not a democracy.

It’s time to stop the Rafa-bating and as he says, let the Chelsea players get on with securing a Champions League place. The fans have made their point, and it’s been ignored. Roman Abramovich is not going to conduct a straw poll to find out who the fans want. He paid the money to upgrade Chelsea to a domestic and European force, he calls the shots. Benitez was given the job on a very clear temporary basis. He was never going to survive beyond May, the lack of funding for a mid-season squad top-up indicated that. And after his pitch-side rant, Benitez may not last until the second week of March. What a mess.

The whole atmosphere around Chelsea at the moment leaves a lot to be desired. Benitez is the brunt of the fans’ frustrations, but really they should be directing their anger at Ambramovich. Basically, don’t blame Benitez for being offered a plum part-time job. Furthermore, the fans’ wrath is hardly likely to worry a man who does as he pleases, when he pleases. Witness the insensitivity of appointing Benitez in the first place, and disposing of the man who brought the Holy Grail to Stamford Bridge. He’s Russian….tough people from a country with a hard history.

For the fans, it’s a lose-lose situation. But with question marks over the future of Lampard, Terry and Torres, to name but three, and yet another manager about to be appointed in the summer, uncertainty reigns for the time being. One thing’s certain, though – the next manager will have no more security than the last. This is the narrative at Chelsea.