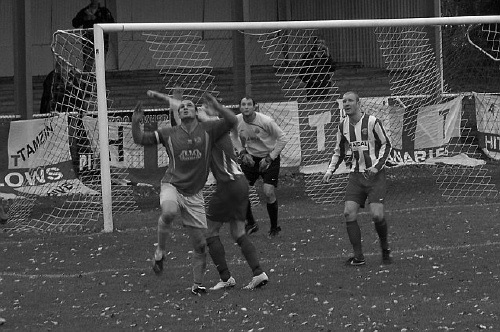 Over the past five years, Stourbridge have reached the FA Cup first round three times, making them the best performers from the Southern League in the competition during this timeframe.  They’ve gone one better for the second time, thanks to their 4-1 win against stablemates Biggleswade Town in round one. But having avoided a big name, which had its compensation in the form of an easier path to round two, they have now been drawn away to League One Stevenage.

Not wishing to be disrespectful to Stevenage, for their rise has been very impressive, they are still fresh out of non-league and among the smaller clubs in the draw. In other words, away to Stevenage is not going to be lucrative for the Glassboys.

Still, Stourbridge have made £ 45,500 in prize money alone from the competition, which for many clubs at Step 3, is a season’s playing budget. Their meeting with Stevenage will be the second in three seasons – in 2011-12, they lost at home to the Borough 0-3 after beating Plymouth Argyle in round one.

Giant-killing is becoming harder – just look at the results in round one and you’ll see that non-league clubs are not getting their own way – only Tamworth (1-0 winners against Cheltenham) and Macclesfield (4-0 v Swindon) have so far caused an upset. There are a few replays that could deliver a shock, but could it be that the non-leaguers are finding the gulf is widening?

Certainly, most cup shocks are coming from the Conference Premier. Lower down, step 2 and 3 clubs are rarely able to cause problems. Bishop’s Stortford, for example, caused a few problems for Northampton, but the League Two side soaked up the pressure, scored a couple of goals and hung on at the end. It was an honourable defeat, about the best clubs from this level can hope for.

Slaying Football League clubs, then, is really the territory of the Conference Premier clubs. Last season, Luton Town were the unlikely upstarts, beating Wolves and Norwich before losing to Millwall in the fifth round. Only seven times since World War Two have non-league clubs reached the last 16. In 2012-13, there were seven giant-killings – non-league over Football League – in round one. That was the best total over the last five years. Although there’s the chance that the replays may yet yield a good haul (Brackley v Gillingham looks ripe for a scalping), this year has been shorter on drama.

The Southern League was well represented in round one: Corby, beaten by Dover; St.Albans, thrashed at home by Mansfield; and the all-premier clash between Stourbridge and Biggleswade. That’s four out of 23, not a bad ratio.

So what happened to the others? Well, in a typical year, around 30% fall at the first hurdle – in 2013-14, eight lost in the first qualifying round. A further six fell at the second stage and another two at the third qualifying round. There were seven clubs still standing at the fourth qualifying round, but three fell by the wayside, leaving four in round one. It’s been pretty much the same for the past five years.

Giant-killing is part of the very fabric of the FA Cup – it’s what makes the competition very special for non-league clubs.  That and the money, of course – unless the draw is unkind to you.