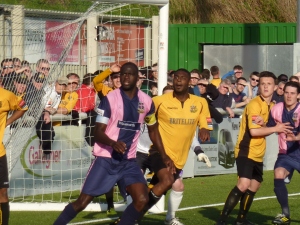 The recent announcement that Non-League Day will take place on September 6, 2014 is a reminder that the grass roots game can prosper when the emphasis is off the Premier for a weekend. Attendances around the non-league circuit have certainly been boosted on Non-League Day since it began a few years ago, although I sense that 2013 was a lot more low profile.

It does beg the question whether a better scheduling of football over a regular weekend might reap rewards for non-league clubs.

In some European countries, they stagger the top games across Friday to Monday in order to give the lesser teams a chance to draw a crowd. It is a practice that could be useful in Britain.

For example, why not have all Premier and Championship games on Friday or Saturday, with the odd Monday game, freeing-up Sunday for non-league football. And then have kick-offs at midday, giving fans the chance to enjoy a pint after the game? Alternatively, make Sunday Premier day, leaving Saturday open for non-league fixtures.

Inevitably, there will be complaints that “Saturday is football day”, but with non-league competing alongside big-time football, smaller clubs don’t really have the chance to pick-up the neutral fan who might want to see a game on the day his favourite club is not playing.

+Could alleviate the need for floodlights

There’s good reason to suggest a change in approach. Step 3 of the non-league pyramid, arguably the level that epitomises football at small town level, has been attracting smaller crowds for some years.

Of course there are many permutations that could be used to achieve a more considered approach, one that is synchronised across the leagues. More flexibility would ease up the deluge of Saturday 3pm matches, and might give the lower levels a better chance of tapping into their local audience. What’s more that curious breed, the Groundhopper, would love it!