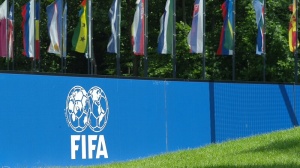 The media are, quite rightly, ripping FIFA apart at the moment as reports and dissections merely confirm that football’s global governing body is akin to Bertolt Brecht’s Mahagonny, a pleasure city where men can have fun.

The damage being done to the game is immeasurable. But what do you do when the politburo is revealed as being deeply corrupt? The only way to deal with it, and rebuild the dented image of FIFA is to dismantle it, while banning the guilty parties from any form of football administration.

Sir Stanley Rous must be turning in his grave. A well-meaning individual schooled in the Corinthian spirit of the game, Rous was also a little misguided in providing too much support for Apartheid-era South Africa. His successor, who rode in on the back of promising more World Cup places for the emerging footballing regions such as Africa, was Joao Havelange, a man who has been associated with corruption for many years. Around the same time that the Brazilian came into power, Pele predicted that an African nation would win the competition by 2000, which, in hindsight, looks like an attempt to endorse the Havelange strategy .

The link between scandal and FIFA refuses to be severed, and the latest revelations merely point to an organization that is easy prey for those wishing to take advantage of weak-willed men in blazers. Cash or gifts for favours has long been the achilles heel of business the world over – “the oil that lubricates the wheels of industry”, was the way one retired surveyor involved in town planning once described it to me. In some countries, bribery is an accepted part of life if you want to get something done. With revelaton after revelation hitting the press about the voting process for the 2022 World Cup, it seems illogical that Sepp Blatter has not already been removed from his extremely comfortable seat.

The decision to give the next two World Cups, after Brazil 2014 that is, to Russia and Qatar, were both questionable. Yet most of the talk and investigation surrounds Qatar. Let’s consider Russia, a country that has a very debatable record when it comes to human rights and racism. FIFA, like much of the corporate and business world, runs many campaigns to demonstrate its acceptance and tolerance of various aspects of society. Russia’s treatment of black players and the anti-gay messages coming out of the country earlier this year are completely at odds with both FIFA and UEFA. I have a Russian colleague who has a black wife. He won’t take his wife or kids back to Moscow because of the way they would be treated. Says it all, doesn’t it? So what does FIFA do? Gives Russia the World Cup. Doubtless Russia will “scrub-up” Moscow and St.Petersburg to present an image of an egalitarian land of liberty, but shouldn’t these fundamentals, along with Russia’s reputation for corruption, have been considered before the votes were cast? My guess is that Russia will bare-back ride their way to the World Cup in 2018, whether we like it or not!

That prize will not be won by Qatar in 2022, no matter how hard they try. Questions have to be asked about Qatar’s ability to welcome thousands of (often unruly) football fans from all over the world. The horse-trading that has taken place over the last few years is deplorable. The lack of common sense around the appointment of Qatar crystal clear. There had to be underlying reasons why the vote went in their favour, and it is being uncovered daily. If the vote was fair and square, then hurdles like climate problems could be dealt with, albeit at the cost of domestic disruption in many geographies, but it could be achieved with some discomfort. It’s a tricky one, because the Middle East has contributed a lot of petro-dollars to the cause of football outside of its own region. But given what we have heard recently, bodies have to fall on swords. Will it happen? Not unless something forces the issue.

And what might that be? One possibility is that given there cannot be a major football nation that is happy with the prospect of going to Qatar in 2022, even if they manage to air-condition both the Northern and Eastern hemispheres in their entirety.

A boycott might make people think again. If Germany, Spain, Italy, England and Brazil get round the table and threaten to stay at home in 2018 or 2022, then I feel certain that decisions would be made. It might not take a big collective body – the prospect of even Germany or Brazil alone might cause tremors in FIFA towers. Whatever happens over the next few months, there has to be a changing of the guard – and whoever that may be, they will have a huge – possibly insurmountable – job in rebuilding trust. FIFA’s future depends on it.