Would reconfiguration save “forgotten” Europe?

The big leagues continue to prosper, but right across old Europe, attendances are a travesty. 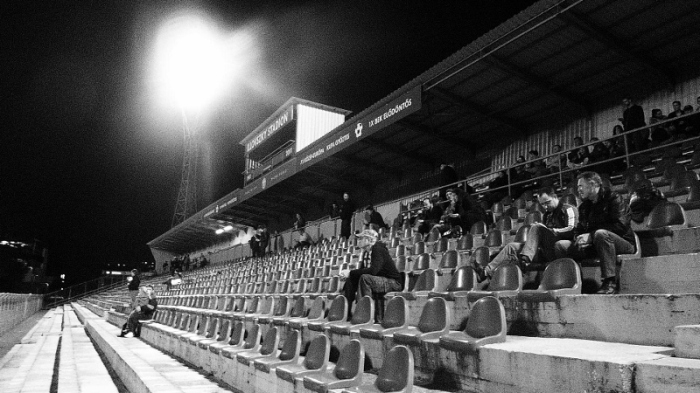 Football has benefitted from a free market economy. Is that really true? Like all free markets, there are big winners but plenty of losers. Ask anyone born in Hungary, Bulgaria, Czechoslavakia, Romania and parts of the old Soviet Union if life was better when they lived under communism or whether life in the free market has been better. Those that have prospered will tell you life is great, while the less well-off may just look at the “good old USSR” with rose-tinted state-provided glasses.

European football today revolves around five major leagues: England, Germany, Spain, Italy and France. They dominate TV coverage, player transfers, the UEFA Champions League and social media. Then there’s the second tier comprising the Netherlands, Belgium, Portugal and Russia. You can bring Scotland into that bracket, but only because of the crowd potential of Celtic.

KPMG’s recent paper on attendances reveals that the top two divisions of the big five attracted some 77 million people in 2014-15. But looking more closely at the top divisions, only two of the top five – France and Germany – posted an increase in attendances last season.

Germany continues to be the most patronised league. The average Bundesliga gate was close to 44,000 in 2014-15, a marginal increase on 2013-14. The interesting element to Germany’s attendances is the spread of clubs with very healthy gates. Only one club had a sub-20,000 average last season and 11 of the Bundesliga’s 18 clubs have an average in excess of 40,000. And let’s not forget that Borussia Dortmund and Bayern Munich average over 80,000 and 72,000 respectively.

Italy’s attendances fell by more than 5% in 2014-15, their first drop since 2012. With the Milan clubs still not performing like their history suggests they should, this clearly has an impact on overall gates. Inter’s attendances fell by almost 20% and Milan’s were down by 8%. The days when Italy was the best supported domestic league are long gone – who would have thought that audiences would be as low as 22,000 in Serie A?

KPMG’s paper recognises the need for Italy to change its football model in order to stimulate demand. A number of clubs have new stadium plans that may help boost revenue streams over and beyond gate admission. The concept of restricted supply may also help drive greater demand in much the way it has helped the English game since the birth of the Premier.

France, meanwhile, may be in the ascendancy. Although only one club (Lyon) has a 50,000-plus average gate, and 12 teams in Ligue 1 have sub-20,000 regular attendances, the overall average was up by 6% and exceeded Italy for the first time.

Attendances across most of the rest of Europe are worrying, however. In particular, the old Eastern Bloc is really suffering from the globalisation of football, with the exception of Poland.

The saddest tale, as we have often reported in Game of the People, is Hungary, where the average is barely 2,500 – almost a quarter of the crowd of 40 years ago and just 15% of the gates enjoyed 50 years ago.

All across the old iron curtain, the attendances are poor, but these are all still football-mad countries. What’s the answer? Aside from cleaning up the game in these countries (corruption has played its part), it may also be worth considering a dramatic reconfiguration of the average Eastern European season.

The big, better-marketed European leagues dominate TV coverage across Europe, indeed the world. You can watch football from these countries everywhere. You find Hungarian kids walking around Budapest with Barcelona shirts on (and it’s not in deference to the legendary Laszlo Kubala). You can get a Real Madrid track suit in Prague, Sofia or Bucharest. And you can watch the Premier or Bundesliga in Warsaw, Zagreb and Sarajevo. This undoubtedly detracts from local, lesser-quality competitions.

So, change the schedule. Take these domestic leagues out of the firing line. They have winter breaks, so perhaps run the leagues from March to September. Sure, there will be some overlap, but from May to August, the Eastern European leagues will have it their own way. Admittedly, World Cups and European Championships will get in the way, but it must be worth a punt. How much lower do the gates have to go before somebody decides upon radical action?

We are in danger of “forgetting” that Europe didn’t used to be about a handful of bloated and publicity-hungry corporate bodies. The modern era has created a small number of “uber-clubs” that very few of us will ever see in the flesh. It is time to reclaim local territory and for once-mighty names to reclaim their place. How they do it is a huge question, but anyone who cares about European football’s heritage and indeed, future, should want to repair the wilderness.