Vardy shows that non-league still has its place 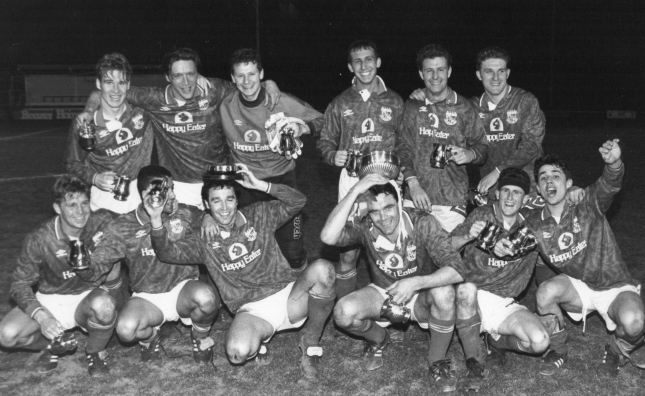 NON-LEAGUE football used to be a breeding ground for top-class players, but in recent years, the flow of talent has certainly slowed-up. Jamie Vardy has provided a heart-warming story that restores some faith in the notion that players can start at a local level and make their way into the big time. Game of the People looks at some of the players that have made the step up from non-league over the years.

What makes Jamie Vardy so special is that he was 25 before he made his Football League debut with Leicester City. Usually, players are picked up much earlier. In fact, it is rare for any non-league player to have an extensive career at that level – the scouts invariably pick them up as word spreads of the talented player plying his trade for the local Ryman or Southern League club.

Arguably, the most successful transition in recent years has been Kevin Philllips. After being rejected by Southampton for being too small, Phillips joined Baldock Town in the Southern League. He didn’t get the chance to play at Premier level with the Reds from North Hertfordshire, but he helped propel them to promotion in his final year with the club – 1994-95.

Phillips never forgot Baldock Town and the chance he got to move up the ladder with Watford. Baldock made around £30,000 from the sale of their prize asset, but sadly, the club that launched his career folded in 2001. Phillips went on to make 580 appearances for an assortment of employers, scoring 246 league goals. His work-rate, attitude and goals made him a popular figure. Having interviewed Phillips when he was with Sunderland, and not long before he won his first England cap, I can vouch for his level-headed approach and everyman quality.

Hertfordshire was also the launchpad for David Kitson, who started his career with Hitchin, but couldn’t balance shelf-stacking with playing football on a Saturday. His ginger hair and cultured left-foot marked him as a player to watch, but it was with Arlesey Town, Hitchin’s neighbours, where Kitson came good. Cambridge United came in for him and he flourished at Reading. His career involved 420 football games and 129 goals.

Down the road at Stevenage, former manager Paul Fairclough took a gamble on a promising, powerful forward called Barry Hayles in the mid-1990s. Fairclough picked him up from Willesden Hawkeye and he played a key role in Stevenage’s 1996 Conference title win. In 1997 he was sold to Bristol Rovers for a six-figure sum. Hayles went to Fulham from there and was always in demand. Incredibly, now into his 40s, he’s still playing.

Age means nothing – or at least, that’s what middle-aged folk tell themselves when they look in the mirror. Tony Book, back in the mid-1960s, proved that if you have the will, you can succeed at any age. He was 33 when Manchester City won the Football League in 1968, but he was 29 when he made his league debut with Plymouth after playing for Frome and Bath City. Book just kept on going, defying old father time and eventually managed City.

It does make you wonder if non-league players that do eventually make the grade really try to extract as much from the game as they can – making up for lost time, perhaps. Stuart Pearce is one such player – he was 21 when he joined Coventry City from Wealdstone, costing the Sky Blues £ 30,000, but he had already played something like 200 games for the Stones. Pearce, of course, became an England legend, winning 78 caps. Who will ever forget his penalty against Spain in the last eight of Euro 1996?

Regis started with Molesey and was quickly identified as a star in the making after scoring 25 goals in the 1975-76 season. He moved to Hayes and scored 24 in his debut campaign. A strong, uncompromising player, capable of scoring spectacular goals, Regis went to WBA and was part of an exciting team that included Laurie Cunningham and Tony Brown. The WBA side of 1978-79 went close to winning the title, playing an attacking brand of football that earned many neutral admirers. One of the big mysteries is why Regis only won five England caps.

Ferdinand began with Southall and then joined Hayes before earning his club £ 30,000 in the transfer market when QPR came knocking. Another strong player, good in the air, Ferdinand won 17 caps for England, scoring five goals.

Ian Hutchinson could have been an England contender

One player who might have been capped for England if a string of setbacks had not blighted his career was Ian Hutchinson of Chelsea. A Derby lad, “Hutch” was signed from Cambridge United of the Southern League after making his name with Burton Albion. He joined Chelsea in 1968 and for a brief moment in time – the 1969-70 season – he formed a lethal partnership with Stamford Bridge favourite Peter Osgood. Hutchinson was the arch-exponent of the long throw – “the Hutchinson hurl” – which was characterised by his windmill arm movement as he flung the ball into the area. Some people tried to claim it was an illegal throw, but it effectively won Chelsea the FA Cup in 1970 as his extra-time hurl was nodded on and then bundled into the net by David Webb.

Hutchinson’s career after 1970 was hampered by serious injury, bad luck and the break-up of Chelsea’s superb early 1970s side. Osgood and Hutchinson never got the chance to build on that memorable 1969-70 season and in 1975, he was forced into retirement as the multitude of injuries finally wore him down. Even sadder, Hutchinson died a young man at just 54.

If Hutchinson was an unexpected success for Chelsea, the arrival of Garry Birtles at Nottingham Forest was even more unlikely. Brian Clough wasn’t totally convinced by the young carpet fitter, who he signed for £ 2,000 in 1977. He made a brief appearance in 1976-77, but it wasn’t until 1978-79 that he played again, but what an impact he made, scoring in the European Cup against Liverpool.

Birtles left Forest for Manchester United in 1980, but found the burden of being a £1.25m player too much. He was never quite the same player again, but he has two European Cup winners’ medals to show for a successful career that started at non-league level.

Vardy has the chance to become one of non-league’s greatest exports. And to his enormous credit, he is launching the V9 Academy, aimed at discovering non-league talent. You somehow think the top clubs should really be doing this, but let’s not take it away from Leicester City’s record-breaking striker. The importance of selling talent to more senior clubs is a vital component of non-league’s financial position. Let’s hope that Vardy is successful – V9 for Victory!