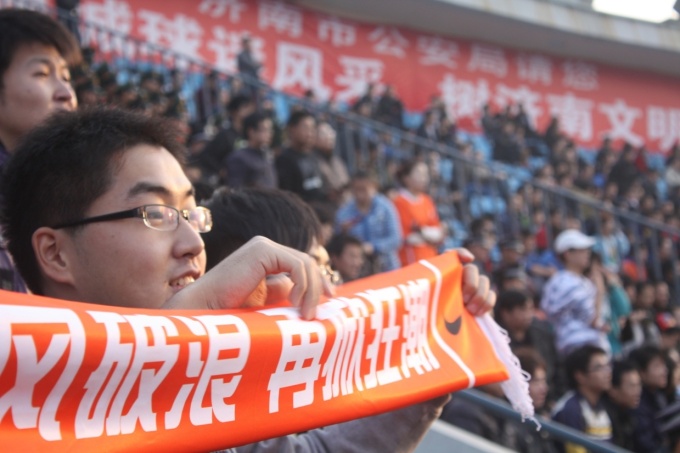 NO MATTER how much activity seems to be coming out of emerging market football nations, not many people are prepared to consider that the United States, India and China will ever be serious football powers.

You cannot deny, however, that interest in the game in these markets is booming, with India and China particularly growing at a rapid pace. Attendances at top level matches in these countries are on the rise and now rivalling their more mature cousins in Europe.

Admittedly, India and China have vast populations to call upon, but you cannot fail to be impressed by some of the data.

According to Football Benchmark’s latest report, the Indian Super League average gate for 2015 of 26,376 was higher than La Liga, Ligue 1 and Serie A. Only the Bundesliga and Premier League were higher.

The Indian Super League is a very concentrated competition- just eight clubs and 56 games. In 2015, gates were up by 4% on the first ISL campaign. India has a population of 1.2 billion and a growing middle class. In other words, it has the critical mass to develop football. Speaking at Soccerex in September, former England midfielder Peter Reid said: “We all know cricket is big in India, but football is massive…enthusiasm among the kids is tremendous. It is being played more among the youngsters than cricket. Hard to believe, but true.”

China is also seeing an upward trajectory that is very positive and in 2015, saw a 17% increase in Chinese Super League attendances. China’s average gates are now around 22,000 and just below Italy’s Serie A.

But China is also making an impact elsewhere. For example, Chinese investors recently acquired a 13% stake in the parent company that owns Manchester City. This follows similar moves by Chinese companies in securing shareholdings in clubs in Spain, France, the Netherlands and the Czech Republic. The Chinese are desperate to attain credibility in football and other mainstream sports, a desire that is closely aligned for the country, as a whole, to look good on the global stage.

Chinese youngsters are now falling in love with the likes of Liverpool, Manchester United, Barcelona and Real Madrid. Hardly surprising that the big European clubs all see massive revenue potential in a sports market that is very under-penetrated. Total revenues from ticketing, merchandise and advertising totalled USD 3.4bn in 2015, small beer when you consider that the US is a USD 63.6bn market.

There’s reasonable hope that China can develop into something more than a World Cup makeweight. The money is there, the culture is building and they have plenty of young people. Furthermore, the country’s upper classes are really buying into the sport. President Xi, for example, is a huge football fan and wants China to host the World Cup.

The US has hosted a World Cup and the attendances were among the best ever. People remain sceptical about the US and football. Maybe it’s their insistence on calling it “soccer”.

What these figures show is that football’s global appeal remains undiminished, even though some elements of the game leave a lot to be desired. China, India and the US are all benefitting from “bussed in” players from abroad, the critics say, but isn’t that just what the developed nations are doing? Witness the huge percentage of foreign players wearing Chelsea, Arsenal and Liverpool shirts. “They don’t have decent international teams,” the doubters might argue. But has anyone looked at England recently?