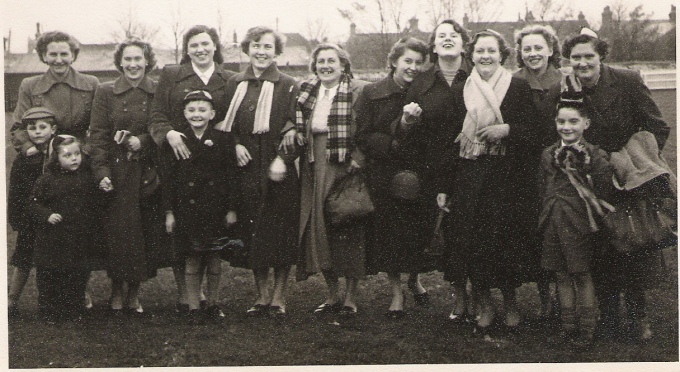 WE MEN are obsessional about our habits and hobbies. Although women have their pastimes and spare-time activities, you don’t see many standing at the end of train platforms collecting numbers, or enthusing over a particular type of rolling stock, and you sense they are less concerned about cataloguing their music collection. Non-league football comes into the same category – how often do you see a female ground-hopper, for example?

There’s more than a hint of the eccentric about many non-league followers. Some of the most amiable, peculiar and delightful characters I have met in my life have been at non-league football matches. Many of them were bearded before the word “hipster” entered the contemporary lexicon, and a lot are devotees of real ale and transport nostalgia.

Mostly, non-league has been a bastion of middle-aged male dominance. Women have certainly been in the minority for many years. I think that it is changing, though, and over the past year, I have seen a greater level of diversity among non-league crowds.

The non-league game definitely needs more women around, if only to dilute some of the testosterone in which it swims. In the one-dimensional past, that meant ladies served the teas, made sandwiches, served in sweet shops and so on and so forth. During my time with Hitchin Town, for instance, we had some wonderful ladies who had served the club for years. Vera Chapman, who along with her husband Dennis, put in over a century of work, ran a sweet shop that was legendary in Isthmian League circles. And we also had china tea cups for that half-time cuppa, lovingly filled by Vera and her colleagues, Connie, Doll and Ivy. Halcyon days.

But we shouldn’t dream of asking them along just to perform tasks that require domestic prowess. The world has changed since the days when ladies like Vera transferred their home-making skills to the football club.

As the 21st century progresses (or regresses, some might say), it is time for more woman to take some influential part in the game. We started to see this come through in recent years – Chippenham, Brackley and Swindon Supermarine, I recall, all had women in the boardroom, but they are still in the minority. They do have some role models – there’s Karren Brady at West Ham and there was Carolyn Radford, the  CEO at Mansfield Town.

How can women’s involvement help? Many decisions taken in football are often knee-jerk, built around competitiveness and aggression, and often short-term. The business world has changed dramatically in recent years. Admittedly, there’s plenty of dialogue about the “glass ceiling” in the corporate world, but women are generally better communicators than men and some of the toughest, most insightful and creative business people are female.

Some people might [incorrectly] claim that women are over-emotional, but how many times has a player’s bad conduct been blamed on being “over-emotional”? And although 10cc claimed that “big boys don’t cry”, we’ve seen players weep when they’ve been dropped or sulk and throw a tantrum when they are subbed. How often have you heard a player is unavailable because he’s got to “get his head together”? Clearly, we are living in a much different world than the one we were used to in the 1970s,1980s and 1990s.

So there should be no barriers to women being more involved in non-league football. Ladies football is on the increase and improving year-by-year, everyone talks about diversity and inclusion. More girls and women are becoming interested in football than ever before. And the emotion card? Well, there’s no more emotional game than football. It’s simple – we need more women, on the terraces, in the stands and in the boardrooms of the nation’s football clubs to give us greater balance and provide a more realistic demographic.

This article appeared in the Non-League Paper on May 29, 2016