Premier League has spent heavily, but will it land the big prize? 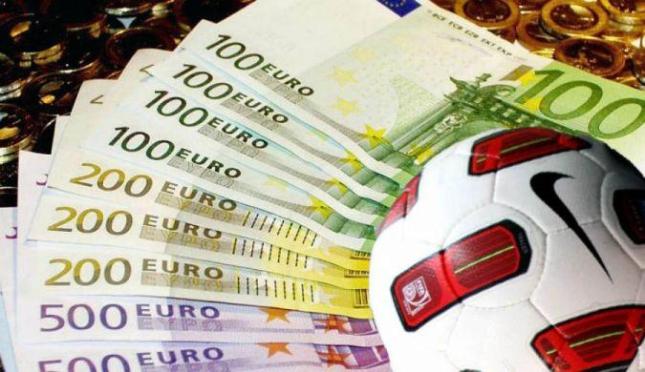 WITH the UEFA Champions League group stage getting underway this week, it’s worth looking at just what it takes to win the bloated monster that is Europe’s top football competition.

Compare that to the rest of Europe and you’ll find that Juventus spent EUR 163m, Barcelona EUR 123m and Bayern Munich EUR 94m. Real Madrid haven’t been able to spend a penny. The Premier is certainly leading the way when it comes to conspicuous consumerism – some £ 1bn spent in the close season – and they have to thank their extremely generous and lucrative TV deal for that. Each club is guaranteed £100m in TV rights from the new £ 5.1bn SKY/BT contract that came into play this season.

One very visible sign of the Premier’s clout is the arrival of Paul Pogba at Manchester United. The Juventus midfielder was lured back to England by the even richer pickings the Premier now offers – and this was at a club not competing in the Champions League this season.

Given the amount being spent by the teams entering the UEFA Champions League in 2016-17, shouldn’t the benefactors of the top English clubs be expecting more from them?

Manchester City have spent more on players this summer than any UEFA Champions League winner and even more than Real Madrid in 2013 and Barcelona in 2014 – EUR 160m and EUR 165m respectively. And the last English club to win the competition, Chelsea in 2012, spent EUR 80m at the start of the 2011-12 campaign.

Manchester City’s starting line-up on September 10 against Manchester United cost the equivalent of around EUR 330m. Real Madrid’s last two Champions League-winning teams have cost more than EUR 360m apiece – the most expensive line-ups to win the prize in the past decade, and you’d assume, all-time.

The pressure is on City and Pep Guardiola, and given that they have started to find their European feet, expectation could be higher than ever at the Etihad. They’ve got the man English football coveted for so long, Pep, they’ve got a squad of marquee players, and they’ve got a game plan. The question mark has to be, on the evidence of their derby game with United, have they got a Champions League class goalkeeper? Time will tell, but if I were Sheikh Mansour, I would be expecting a trip to Cardiff in May after another generous shopping expedition.