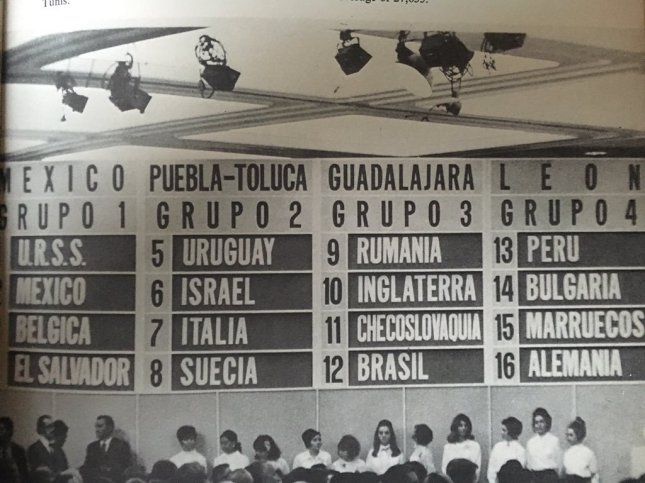 FIFA’s LATEST attempt at making the World Cup so huge that qualifying competitions will soon be rendered unnecessary could be the death knell for the one-time blue riband sporting event.

The World Cup is already a diminished product, thanks to the politics, the rise of the UEFA Champions League and the obese format of 32 countries. But now the plan is for a 48-team competition, 300% larger than the classic 16-team and 50% more than the current schedule. When, and where, will it all end?

Is 48 really good for the game? It cannot possibly be as it merely dilutes the strength of the field, makes for more meaningless matches and adds more fuel to the theory that the World Cup, like so many other events, is utterly seduced by TV money and commercial opportunism. With the next two World Cups shrouded in controversy and the never-ending desire of ill-informed decision-makers to squeeze every vote and cent out of the developing nations, it is very clear that the world’s best-loved sporting competition is in existential crisis.

If anything, when half the world can barely feed itself and the other half cannot stop consuming, FIFA should be rational and reasonable. Yes – spread the gospel of football, yes – fund its development, but do not curry favour to win votes that secure your leather-lined office for another term. Football is a global language, but the World Cup is a meritocracy and should be the pinnacle of the game with the best teams playing in the finals. Inclusion is all very 21st century, but why introduce a culling round that precedes the 32-teamer – whatever happened to preliminaries?

The modern game has long made its bed with corporate sponsorship and TV moguls, and like modern TV – a case of style over substance, quantity over quality – football has adopted the same strategy. Do FIFA really think that a 48-team competition will appeal to audiences and keep their attention span? And how will a host nation cope with 48 countries and 48 sets of fans – 16 of which will leave the party after one game?

But it is no longer about football or the quality of the game. Just take EURO 2016 as an example. Great stadiums, visually colourful and audibly aggressive (no excuse for David Guetta, though!), but once more, a damp squib of a competition. I’ve seen various Vloggers produce self indulgent videos of themselves standing in front of replica-shirted fans and declaring how wonderful EURO 2016 is. It wasn’t, it was boring, lacking in excitement, goals and inventive football. UEFA made the mistake of breaking their 16-team nugget and introducing an unwieldy 24-team version. How long before that becomes 32 and 48 morphs into 64?

A lot of people now see football as a selfie opportunity that just so happens to have 90 minutes of activity. The pre-match drinking and eating, the jumping up and down, the mass of colour and the thumping music of the stadium wraps around the actual match, which more often than not disappoints. There’s no denying that all these peripheral activities are not a negative, as people are enjoying themselves, but they should not disguise the fact that the reason “we are all gathered here today” is a football contest, and all too frequently, the product does not deliver. With 48 teams, the percentage of games that fail to live up to expectations will surely increase.

Sadly, we are at a tipping point when it comes to the World Cup. Russia and Qatar have already damaged its credibility and once the corporate world has got hold of something, the mission is to pursue constant growth – how long before we hear FIFA talk of all things exponential? – so doubtless the organisers see adding more countries as the enabler of greater revenue generation.

With so much TV football at our disposal, live games have become “Monday night mince and potatoes”, but there has to be a way to reintroduce crème de la crème to the equation, to be able to say that you are watching the very best the game can offer. The World Cup should be the ultimate distraction – how we get to that stage is another thing, but make qualifying truly qualifying and have a slimmer finals that involves the very top nations. What am I saying? Forget 48 and let’s revert to a 16-team structure. Will it ever happen? Of course not, as while it may satisfy some of the purists and romantics, it will not deliver exponential growth. Just ask that Chief Financial Officer.