The spirit of ’76 lives on for Hitchin and Weymouth 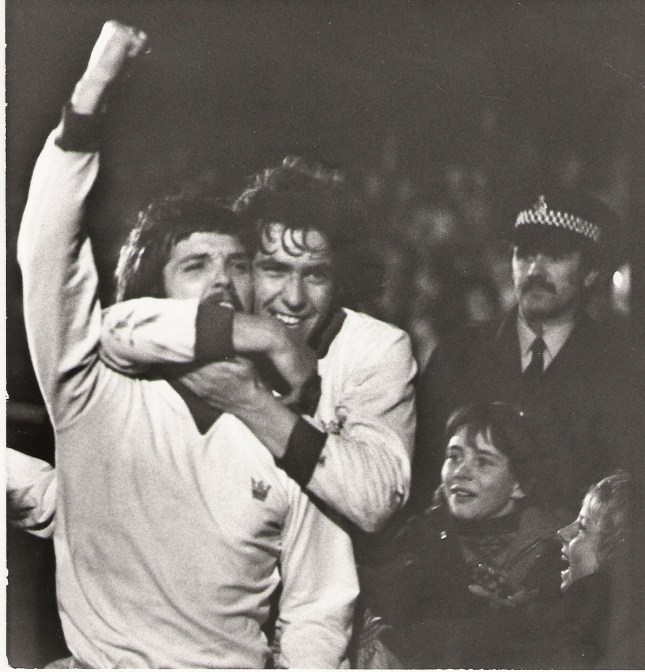 HITCHIN TOWN and Weymouth lock horns this weekend, almost 40 years after the two clubs met in the FA Cup first round in a long-running saga that lasted four games.

Such runs are a thing of the past as the endurance factor has been replaced by the “wham, bam, thank you ma’am” of the penalty shoot-out. Nevertheless, the quartet of games and the outcome remain locked into Hitchin Town folklore.

At that time, Hitchin were “amateurs” and Weymouth represented the rough and tumble world of the semi-professional. Hitchin were riding relatively high in the Isthmian League and Weymouth were Southern Leaguers.

Hitchin travelled to Weymouth for the first game after beating Dover Athletic in the fourth qualifying round, thanks to a hat-trick from Peter Watson. Weymouth had beaten Poole Town 3-2 away.

Weymouth had shown their “ambition” by spending £30,000 on players like John O’Rourke and Dietmar Bruck and their crowd expected success. Hitchin’s defence was resolute and were called “animals” by the home fans, but the game ended 1-1, taking the tie back to North Hertfordshire.

This was the point at which Hitchin’s FA Cup run really came alive. The second round draw was Hitchin or Weymouth v Swindon Town – it was almost a plum tie.

The replay, on Tuesday November, saw a huge crowd of 2,872 turn up. Roy Izzard, one of the club’s great stalwarts behind the scenes, looking back on that night, said: “We expected 800, maybe a thousand at best. We were delighted when almost 3,000 came through the gate.”

It was a rare tussle and went into extra time. Weymouth led 2-1 when Paul Giggle, who had been left on the bench, came on as substitute for Steve Gear and scored a late equaliser. The local hero was mobbed by fans and not for the first time, the headline, “Giggle has last laugh” was penned. The game left an indelible mark on him: “I think that was one of my happiest moment. I remember a photograph of me holding my arms a loft alongside a young boy and a policeman. It was particularly nice, because I was a little sore about being dropped.”

After the thrilling draw at Top Field to Aldershot. Once again, Hitchin came back from the dead after Weymouth had raced into a two-goal lead inside 22 minutes. Peter Watson then scored twice –  in the 57th and 60th minutes. The next day, the sports pages of national newspapers recorded the event with a shot of Watson, grinning impishly as he sidestepped the keeper to pull the scores level. Two minutes after levelling, Kevin Mulkern scored a third goal, but victory was denied by a third Weymouth strike, moving the tie to the cathedral city of Salisbury. This time, Hitchin won 3-1, thanks to two more goals from Watson, who ended the game with a broken toe. “It’s elementary…thanks to Watson,” was just one headline.

Hitchin’s reward was a lucrative tie with Swindon Town, but you can read about in the forthcoming book, Tales of the Town, the story of over a century and a half of football in Hitchin.