REGULAR Game of the People readers will know we have a liking for central and eastern Europe and there’s no more evocative name than Rapid Vienna. We visited the famous Gerhard Hannapi stadium just before it was demolished in 2014. 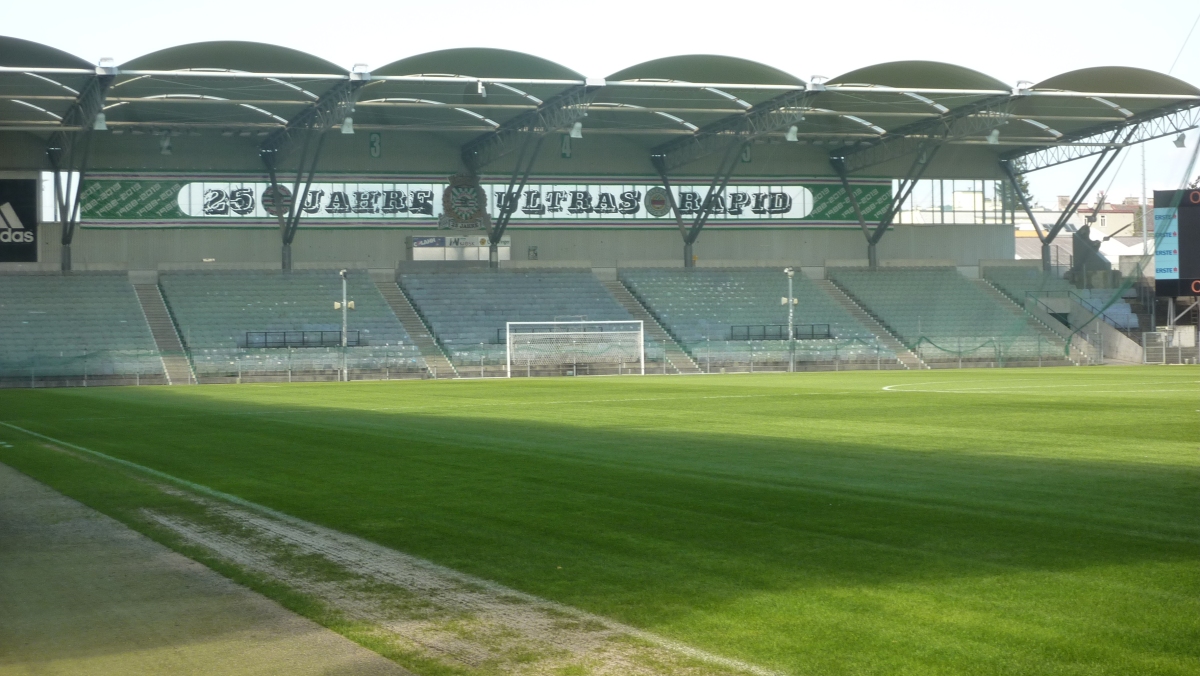 Rapid Vienna were founded in 1899 and they’ve won the Austrian title 32 times, the last occasion being in 2008. Almost since the club’s beginnings, Rapid fans have announced the last 15 minutes of the game by way of the traditional “Rapidviertelstunde” – rhythmic clapping at home or away no matter what the score. The first mention of the practise goes back to 1913, and in April 1918 a newspaper wrote about the fans clapping at the beginning of the “Rapidviertelstunde”.

The club reached the European Cup-Winners’ Cup final in 1985, losing to Everton in Rotterdam. Rapid had the famous Hans Kran

kl in their ranks that evening.

Since the rise of Red Bull Salzburg, Rapid have been cast in the shadows and this season they are well off the pace. They played at the Ernst Happel Stadium while their new ground, the Allianz Stadion was being built. The club’s new home opened this season and holds 28,000 people. They are averaging over 21,000 in 2016-17.