The Spurs need a trophy – soon 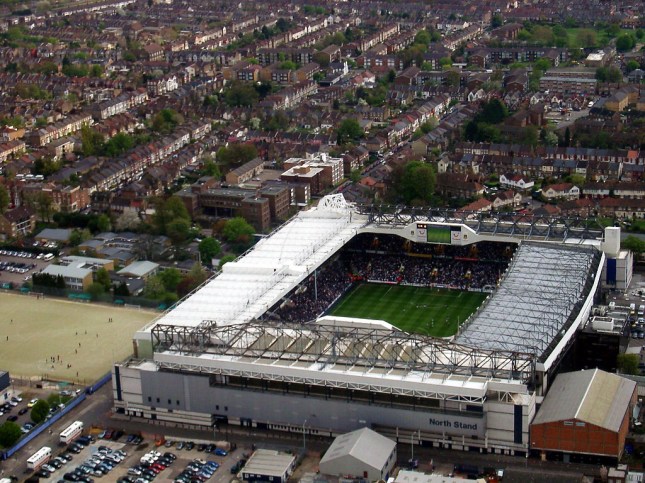 IT has been 56 years since Tottenham Hotspur last won the league title, less than Newcastle’s 90 and Sunderland’s 81, but longer than Chelsea had to wait between their first and second championships and significantly more than Arsenal’s current barren spell.

Tottenham feel that they have a history that has been laden with trophies and a commitment to playing purist football. They still talk about the “double” team as if it were yesterday, but it is safe to say only a tiny percentage of the current patrons of White Hart Lane would have seen that revered team in action. Reputations get passed down the decades and generations, but not many new fans can ever remember a time when Spurs were truly successful on a sustained basis.

The current Tottenham team is doing its best to live up to the archives, but there is something missing. The last time the club won anything was 2008 when they lifted the Football League Cup, but 26 years have elapsed since they won the FA Cup and 33 have passed since their last European triumph, the 1984 UEFA Cup. Everyone thought they would finish second last season, but they ran out of steam and allowed North London rivals Arsenal to overtake them.

But believe it or not, Tottenham are in the midst of the best five-year spell since the halcyon days of Bill Nicholson’s league and cup winners. True, they have had their moments since 1961, notably when the Spurs side of Mullery, Chivers and Peters won the League Cup twice and UEFA Cup in a three-year stretch in the 1970s, but the past five seasons have delivered the most consistent league form in half a century.

Spurs have had decent teams during the period since the “glory, glory days”, but what makes the current team so interesting is there is a genuine feeling that they could win the title. To be frank, it will have to be soon, for not only will they start to lose their best assets if they don’t start collecting silverware, but their chief rivals will surely regroup, strengthen and before you know it, Spurs will be chasing the likes of Chelsea, Manchesters United and City and Arsenal again. At the moment, they have the second best team in the country, but in 12 months’ time, that may not be the case.

Let’s assume they won’t catch Chelsea this season, although a four-point gap is certainly not as daunting as seven or eight. Tottenham’s best chance of a trophy is surely the FA Cup, but it is Chelsea that also stand in their way in this competition. Spurs won’t need much in the way of motivation to get past their London rivals – it is, after all, the 50th anniversary of their 2-1 victory against Chelsea in the first all-London cup final. There are so many reasons why this could be their big moment, not least in showing the world that they have an excellent manager, a cluster of talented young players approaching their prime years and the desire to recapture past glories.

Winning the FA Cup would set them up nicely for 2017-18 when they play their home games at Wembley Stadium. There have been many misgivings about Spurs’ temporary relocation to Wembley, especially their tepid European performances. But if they can call it home, they could pull in some massive crowds next season and use them to their advantage – what better way to prepare for their gleaming new stadium?

Is the current Spurs team over-rated and overhyped? People have been quick to suggest just that when things don’t go right for them, such as in Europe where they punched below their supposed weight. Also, they seemed to “bottle it” at the end of last season, but they’ve come back well and they play some of the best football to be found in the Premier. Look at the PFA team of the year awards and you’ll find four players from Tottenham – Danny Rose and Kyle Walker in defence, Dele Alli in midfield and Harry Kane up front. It could be the core of the England team.

Winning a trophy will keep these players happy and it may also stop manager Mauricio Pochettino from leaving the club. There’s been rumours that Pochettino is bound for Barcelona or somewhere similar and he’s been spotted strolling down Las Ramblas on more than occasion. Whether it’s all kidology or not, Pochettino will become a target over the coming months.

So, too, could players like Dele Alli. Although Spurs’ side is essentially young, people often believe that this is attributable to the club’s youth scheme. It is certainly noticeable there has been a strategy of identifying talent that has room to grow, but of the regular side, only Harry Kane and Harry Winks are actually home grown. Over £ 150m has been spent on the squad, with some of the biggest names, such as Mousa Sissoko and Erik Lamela yet to yield fruit.

So is it now or never for Spurs? Can they win the FA Cup this season? However this year ends, 2017-18 could be the current team’s last opportunity to prove they are worthy successors to Dave Mackay, Danny Blanchflower and John White. If Spurs don’t pick up some genuine success soon, their biggest challenge may be in keeping their talented squad and manager installed at the club.