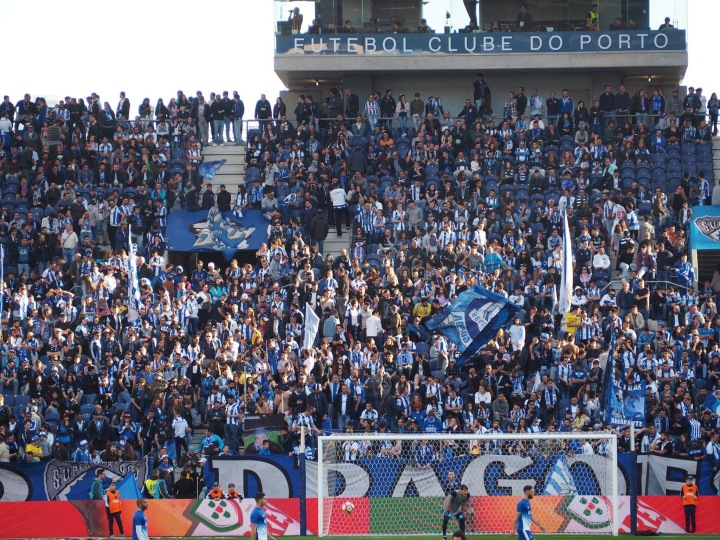 SO it went something like this. I excitably booked a ticket to see Paris St. Germain with Zlatan in his pomp. I couldn’t wait as I considered that the controversial, arrogant and quite brilliant Swede was one of the best players in the world. I paid for my flights, got my hotel and I was ready to go. Then, about a week before I was due to depart, an email popped up informing me that the game would not be on Saturday but on Friday night as it was on TV. Hastily, I got my easyjet flight sorted and changed my hotel booking. Luckily, it worked out and I was in Paris on Friday morning, bleary-eyed and cursing the fact I had hours to kill before I could get to my hotel and the game itself was 13 hours away.

It happened again this August when I was in Prague when Slavia’s game was moved from Saturday afternoon to Friday night. In January 2017, I bought a ticket to see Carl Zeiss Jena and the game was switched to Saturday from Sunday (clashing with RB Leipzig) because there was a swimming gala in Jena on the same day. And lo and behold, I booked to visit Juventus in January 2018 and on the very same day, the game was switched to Monday night. I thought euro-hopping was meant to be easier than this.

I am sure readers have similar tales, or perhaps they are less impetuous or they plan differently [better]? I’ve always adopted a “commando” approach and I am not talking about underwear, but in my fly-in, do the job, fly-out strategy. When I was employed, holiday time was precious and therefore, I had to be careful how much time I used, but now I am semi-retired/self-employed, I can be more flexible. Nevertheless, I get very frustrated by the way continental Europe messes around with football fixtures – invariably because of TV scheduling.

I doubt any major football club will sympathise because TV revenues represent the lifeblood of the game and facilitate the inflated expenditure that goes on across the top level. Just consider that the Premier League generates some 53% of its total revenues from broadcasting. The Premier is the envy of almost every major league in Europe, indeed worldwide. But a 53% reliance is also a very vulnerable position as if the TV bubble bursts, which it probably will at some stage, England’s major clubs will suddenly find themselves with a big gap in revenues. Actually, there were some small warning signs in 2016-17 with SKYTV experiencing a 14% drop in viewers and BT down by 2%. While the new broadcasting deal was blamed for this, there is a growing trend to illegally stream matches via the internet. A poll by the BBC revealed that around a third of Premier League fans source their football via unofficial means. Like the music and movie industry in the recent past, football may be approaching its point of technical disruption. It could be that we have reached saturation point for TV football – you can, after all, watch it almost every day at any time. From being a treat for viewers, it has become as ubiquitous as elevator music.

At the moment, though, the Premier can be seen wherever you travel in Europe and that’s one of the reasons the leagues on the periphery are struggling to keep pace. We find it fascinating to venture out to places like Slovenia, Slovakia, Hungary and Poland (to name but a few), but many locals cannot wait to watch Manchester United, Chelsea, Real Madrid and others from that bulge bracket. In short, TV has opened everyone’s eyes, but it is also unfairly putting lower quality domestic fare in competition with European elite football. It’s a difficult battle for them to win in Budapest, Bratislava, Trnava and Warsaw.

Will it go on forever? The key will be, to some extent, the global economy. If the world sees a repeat of 2007-10, there could be collateral damage that impacts big-time football. If TV broadcasters get into trouble, the affect on football could be devastating. At present, there’s no immediate sign of that happening, but we do live in an uncertain world.

Fixture lists will always be at the mercy of TV. It has been like that since the end of the 1980s for English football. Recently, Arsenal celebrated a film called “1989”, which highlighted that memorable finale to the 1988-89 season. In some ways, this provided the blueprint for the future. It was the climax of the Football League Championship as cup final, out-drama-ing the FA Cup final itself. We’d never seen anything like it, and the likes of SKY have been trying to replicate that sensation ever since. And they pay top dollar for it, so don’t expect much to change in the near-term. The moral of the story – for me I would add – is don’t be so hasty when planning a trip to a game!