NO sooner than the World Cup is over, we will all focus on the next international competition, the UEFA Nations League (UNL).

Designed to create relevance in a crowded fixture list, the UNL is UEFA’s attempt to make national team games more interesting. Little have they admitted it, the real reason may be to cut away at the cannon fodder and introduce more elitism to international football. Elitism that will win broadcasting contracts and sponsorship deals.

For a start, do we really need another competition? People have become tired of internationals, including European qualifiers or World Cup qualifiers, let alone friendly games. The reason the latter have become so tedious is because of the very extensive qualifying programmes for the two main events. Games need to have something meaningful attached to them to make them worthwhile – UEFA’s plan is to try and do just that, but aside from games between the top teams, lower down the pecking order, leagues B, C and D may struggle to win public acclaim. 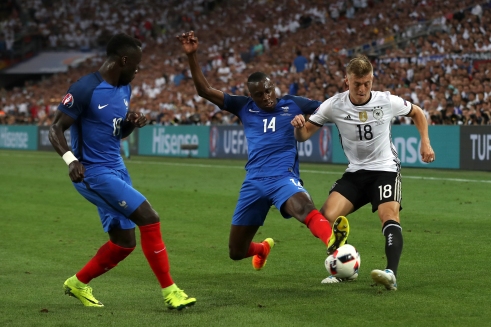 True, lower league games will introduce the concept of being top of a pile for lesser lights, but for what purpose? Promotion to league C? Surely the likes of Armenia would prefer to be playing someone other than another minnow?  Look at league A, it includes all the leading nations and that’s what a league should be, but what does it ultimately create? European Championship circa 1976 – a four team finals.

There’s no doubt that, with good marketing, the finals of June 2019 will probably be interesting. For one thing, they are likely to be as good as they could possibly be in terms of quality, but you cannot help feeling that this is all art for art’s sake.

The way it stands, UEFA is planning to hold this competition every two years – in other words, to fill in the gaps between World Cup and European Championship. So, in 2019, we have the UNL, in 2020 we see the Euros, in 2021, the UNL, in 2022 the World Cup, and so on and so forth.

If they really want to do something constructive, it might be worth exploring the possibility of aligning qualifying competitions with the UNL to restrict repetitive ties and too many games. Why not use the UNL to determine the composition of the Euros and then the European form book to select the World Cup qualifiers? A similar format could be followed across the confederations.

The danger is, nothing will change and the UNL will become a shoulder-shrug of a competition that gets in the way. Or indeed, the Euros start to become less relevant because of the UNL. Either way, football at all levels must, at some point, come to the conclusion that less is more rather than fill the calendar with more competitions and games, that merely devalue the currency, empty supporters’ wallets and put the golden goose at risk.

But it could get worse before it gets better – there are rumours that FIFA is interested in a competition along the lines of the UEFA Nations League. And of course, there’s always a European Super League to consider…