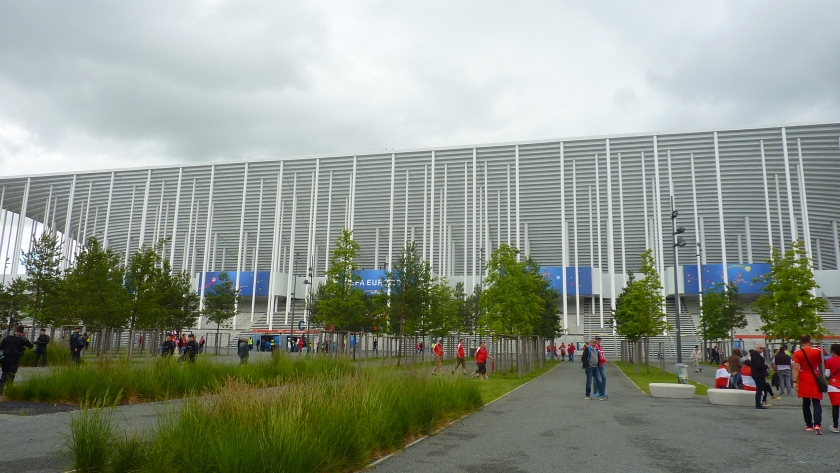 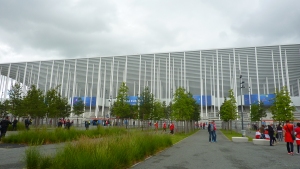 ONE of the notable features of the 2018 World Cup has been the stadiums, many of which were completed just a few months before the competition got underway. Most are new constructions, with the most expensive being St. Petersburg, coming in at around USD 1.5 bn.

Any nation that wins the right to stage a major sporting event has to undergo an overhaul of its facilities, not just to accommodate the thousands of people visiting that country but also to ensure the event has the right look-and-feel about it. It’s also about prestige, promotion and muscle-flexing.

Stadiums have also become more important to the growth of club football, with the popularity of the game and the creation of a “bulge bracket” of clubs making increased capacity a necessity. Hence, clubs like Arsenal, Tottenham and, until recently Chelsea, have embarked on projects to move, rebuild or relocate their homes. Matchday income is so essential that being restricted to 40,000 people is a big disadvantage in the age of the “uber club”.

Nevertheless, today the creation of a new stadium is no longer the “build it high, build it big” philosophy that characterised many past projects. Stadium developers and architects are starting to appreciate the value of the aesthetic as well as the influence of human behaviour, environmental issues and the commercial value of creating something that makes people feel good. “Fans who have a great experience spend more money in and around a stadium,” said Matthew Birchall of BuroHappold at a recent Football Forum hosted by Brand Finance in London.

Football in Britain, in the post-Hillsborough world, has undergone a dramatic refurbishment of its spectator facilities, although in the main, these still trail behind many countries, such as the United States, where fan spend dwarfs the amount of cash spent by British fans. Moreover, the big complaint about new grounds, such as Arsenal’s Emirates, is the lack of atmosphere. This is partly due to the all-seater regime that now exists, although moves to bring back so-called “safe standing” have genuine momentum. “It’s proven that people who stand-up make more noise, because sitting down puts more pressure on the diaphragm,” said Birchall.

New designs are now factoring in safe-standing areas, indeed many grounds in Germany (Borussia Dortmund is an excellent example) already reap the benefits of standing areas.

The current World Cup has produced some very good, eye-catching arenas, but the European Championship of 2016 also demonstrated that architects and football were coming together in a more creative way. The Bordeaux stadium,  Nouveau Stade de Bordeaux, is arguably one of the most beautiful sporting venues in the world. This is football stadium as notable building, not just a place to play football. It is striking and visually pleasing on the eye. It was designed by renowned Swiss architects Herzog & de Meuron, who also built Bayern Munich’s Allianz Arena and were earmarked to take care of Chelsea’s new home until the project was put on ice.

Given the influence of football on social history, it was perhaps surprising that, for many years, only one ground appeared in Pevsner’s Buildings of England, Arsenal’s Highbury Stadium. This is a reflection of a lack of understanding of the community value of a football club as well as the dismissal of football as a pastime that belonged to the masses just as much as places of worship. This has undoubtedly changed in recent years, the demographic is no longer white, working-class males, and some of the new venues being built to replace old inner-city, hemmed-in stadiums, will surely be recognised as valuable social edifices.

But do the new stadiums facilitate home advantage? In the past, places like Anfield, Goodison Park and Old Trafford were seen as fortresses where away teams would turn up for “a cup of tea and a good hiding”. Manchester United are unlikely to move from Old Trafford given the club has increased its capacity to 75,000 but Liverpool and Everton have probably outgrown their ancestral homes. Is it possible to design and build a stadium that creates invincibility? With the British football experience no longer as ferocious as it once was, and crowds becoming more sanitised, the concept of an intimidating home crowd is less achievable. Home advantage was based on familiarity with facilities (away dressing rooms were invariably less plush and away ends for spectators more spartan), familiarity with the playing surface (mud at the Baseball Ground and Upton Park etc), partisan supporters and tactical prowess. According to Birchall, home advantage amounts to around 9.5 points per season, but with many stadiums looking very similar and playing surfaces so highly engineered, perhaps that advantage is gradually being eroded.

New stadiums sometimes have bedding-in problems, such as West Ham’s move, which has increased attendances but on the field of play, has been sub-optimal. Furthermore, the fans are very unhappy about the transition from an urban stadium where the pitch was remarkably close to the action.

Clearly, the old between-the-wars model of football ground in the heart of the backstreets had to change to allow creation of scale in the modern game, but in West Ham’s case, something is definitely missing. They will have to find a remedy, though, for the club is there for the next 100 years!

As Birchall said, however, stadium development has taken on a more scientific angle, largely due to greater awareness of the benefit of atmosphere – “stadiums are desolate places without people in them” – which underlines why they were built in the first place, to provide spectator comfort while people enjoyed the beautiful game. Today, we no longer want to stand on crumbling terraces, will not tolerate lavatories overflowing with urine and refuse to consume food that would struggle to pass health and safety regulations. We are at a better place than we were in the 1980s and 1990s. The football ground should be more than an underused building that is inconveniently pushed to the less desirable part of town, it is the public face of the world’s favourite pastime and as such, should be something that people are proud to be associated with.