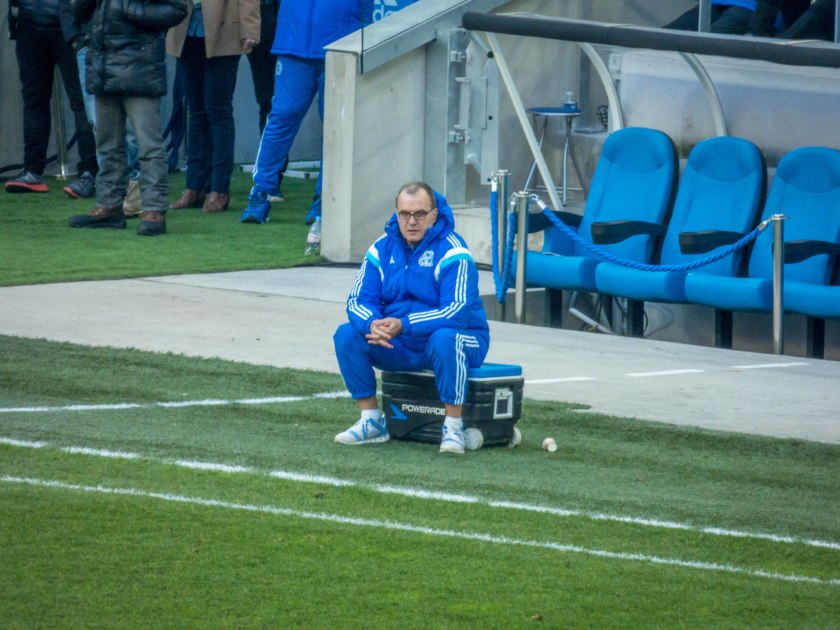 THE new season is underway and there are some very positive vibes coming out of Yorkshire as one-time “super” Leeds make a splendid start under their new manager, Marcelo Bielsa.

After beating Derby County (and Frank Lampard) away by 4-1, following a win against Championship title favourites, Stoke, Leeds fans are becoming very excited about the club’s promotion hopes.

The Yorkshire Post, admittedly a local paper, commented: “There is no simply no escaping the impressive nature of United’s displays in their first two games and moreover there is no getting away from the standard of the opposition Leeds have faced.”

Bielsa is something of a cult figure among football hipsters, but there’s no denying that he cuts an interesting figure. Midfielder Kalvin Phillips told The Telegraphthat his boss “does look a bit scary but he is human”. He shouts a lot and is highly motivated, added the player.

The Daily Mailacknowledged the Bielsa effect but pointed out that last season Leeds were undefeated and top after seven games, but finished 13th. What’s more, Bielsa’s teams, allegedly, are famed for “tailing off towards the end of seasons.” The Mail added that Bielsa’s gruelling pre-season and his attacking style have won many friends and admirers already.

The Guardianreported that Bielsa commented that he’s at a club that’s “bigger than I deserve”. He added that,”My goal is to show I deserve this opportunity but also that I am not a demagogue.”

He’s certainly not that, but he does want to connect with the people in the stand. David Hytner of The Guardiannoted that Bielsa wanted to find out how hard the fans had to work for a ticket to watch the team. He called his players together and told them they would have to pick-up litter at the training ground. “He wanted them to learn a lesson, to appreciate how the fans laboured to fulfil their passion.”

Hytner insisted that “El Loco” as Bielsa is known, is not crazy. “It is just that his obsessive nature, ferocious intensity, eccentricities and refusal to adhere to convention can make him seem that way.”

Interestingly, The Guardiancalled Bielsa’s hiring as something of a coup. “The reality of the club’s situation, with recently relegated rivals still receiving parachute payments and the financial fair play rules hemming United in, means they have needed to seek a creative solution.”

Leeds Livelooked back on the summer as a vital pre-season for the club. “Bielsa quickly identified his core group of players based on the evidence of last season, and to a man they all responded to the wisdom they have been lucky enough to be subjected to. Whatever happens this season, this group of players will probably look back on the intensity of pre-season as a unique period in their career, and something that have been privileged to have been part of. And right now, they are the envy of the division.”