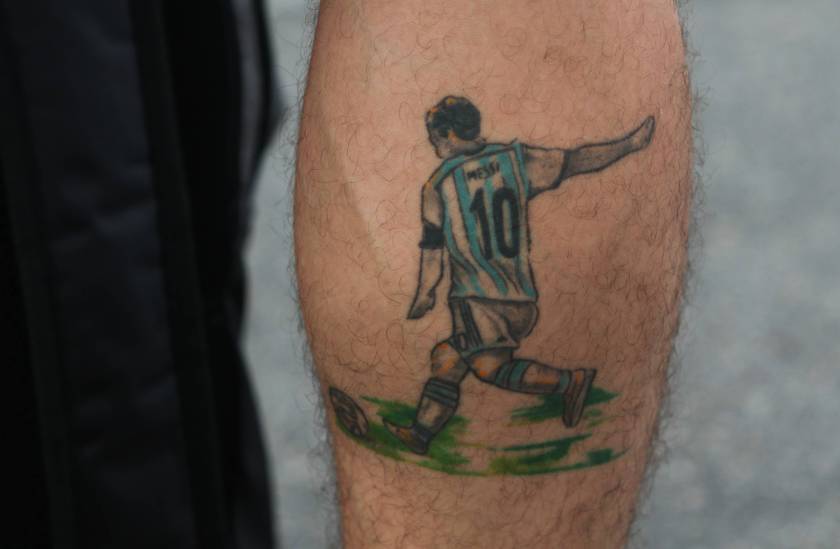 IF YOU want evidence that the Women’s football has come of age, then look no further than the way it has overshadowed a string of other major sporting events that are currently in progress: the Copa América, the African Cup of Nations and the Cricket World Cup. The media are besotted with the FIFA Women’s World Cup, suddenly all sorts of “celebrities” are claiming lifelong interest in women’s football and some people are even saying they prefer it to the men’s game.

The Copa América has barely registered on most people’s radar, despite the fact it is hosted in Brazil and the likes of Lionel Messi are trying their best to raise public interest. Sadly for the publicists at CONMEBOL, the Women’s World Cup is far more compelling than a South American 12-team tournament, two of which (Japan and Qatar) were guests to make the meeting quorate.

While the Women’s World Cup has come on in leaps and bounds in the past four years and really generated considerable interest from a broad segment of the football audience, the  Copa América has the awkward format of an overblown tournament – eight teams from 12 going through to the second stage, and two of the four early departures were the guests, meaning that only two locals went out from the groups. On the evidence of the first phase, there appeared to be a lot of either disinterested, worn-out or sub-standard teams. A lot of players were in need of a rest given they have just come off a gruelling European season – between Argentina, Brazil and Uruguay, 57 of the 69 squad members earn their living in Europe. Is it a competition that nobody really fancies? The more our football schedules get packed, the greater the need to align the confederation competitions with the World Cup to reduce the number of qualifying structures.

The Copa América was in desperate need of a big ticket game to bring it to life and they finally got it in the semi-finals, the classic Latino encounter of Brazil v Argentina in Belo Horizonte. On the whole, it has been a disappointing competition, from the lack lustre games to the poor scoring rate of 2.18 per game. Three of the four quarter-finals ended goalless and were decided on penalties. The crowds have also been below expectations, with a couple below 10,000 and five below 20,000. The biggest crowd so far did not involve the hosts, the 57,442 that turned-outt for Chile v Uruguay. The Brazil v Argentina semi attracted 55,947 – much more like it.

One of the reasons for the low attendances could be the pricing policy, with the cheapest seats for the group games coming in at the equivalent of € 40. CONMEBOL have shot themselves in both feet by rejecting a call to bring down prices – the result is that utilisation rates have been about 40% of stadium capacities. Even Brazil’s opener against Bolivia only attracted 46,000 in a 70,000 arena in São Paulo. There may still be something of a hangover from the last time Brazil opened the doors to the world. That said, the game generated a record of R$ 22.5 million in receipts, that’s about € 5.2 million, which should make the organisers happy. There has been criticism that CONMEBOL are more interest in balance sheet issues than seeing the stadiums vibrant and packed to the rafters. But it could also be that Brazilian sports fans have had too much of a good thing. After the World Cup in 2014, they had the Olympics in 2016 and now the Copa América.

So far, the crowds cannot be too happy with the fare on offer. Argentina’s Lionel Messi, on whose shoulders the hopes of a nation rested, has complained about the quality of the pitches, but one of the reasons why the games are so staccato is the high number of fouls. This just makes for scruffy, unsatisfying matches.

There’s another factor as to why the quality is sub-standard and that has much to do with the 2018 World Cup. Transition. Consider that the last teams left standing were Uruguay and Brazil who were both eliminated at the quarter-final stage. Columbia and Argentina went out in the round of 16 and Peru failed to get out of their group. In other words, one year on, most of these nations should be in the process of rebuilding for the next World Cup in 2022. The Copa may not be an immediate priority, although Messi is desperate to win something in the light blue and white stripes. It is the major disappointment of his career and frankly, he’s probably run out of time.

As for Brazil, were always anxious to avoid another seizure at home after the World Cup disaster in the semi-finals of 2014. This is only the fifth time that Brazil has hosted the Copa América/South American Championship and on every previous occasion they have been crowned champions.

The other semi-final is between Chile and Peru. Chile, winners in 2015 and 2016, have failed to score in their past two games, while Peru have only scored in one of their four. Furthermore, Peru have won just once on their way to the semi-final. The impression is that you don’t need to work too hard to reach the last four in this format.

As it stands, the Copa América has failed to capture the imagination of international football fans the way the Women’s World Cup has created a new type of tournament audience (but please, do away with kick-off countdown and other games for the proles). In theory, the South American regional competition is the second most important confederation bunfight after the European Championship, but the rows and rows of empty seats, the tepid performances, the high rate of fouls and low scoring ratio and lack of outstanding talent is worrying. The summer will probably end with people talking about players like USA’s Megan Rapinoe, Lucy Bronze and Ellen White of England and the Netherlands’ Sherida Spitse. The close season (is there such a thing?) of 2019 may yet be looked upon as a turning point in the history of the game.