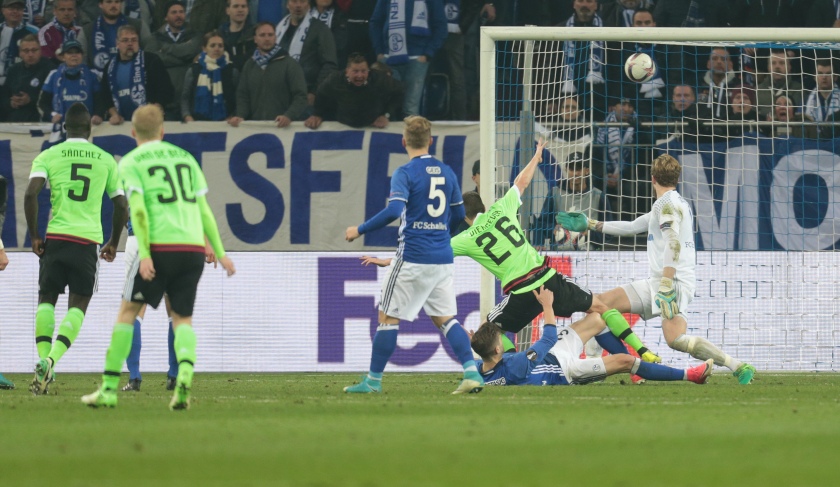 THE RICH are getting richer and moving out of reach of the rest of the football world. They’re not only teams, they are sporting conglomerates, wealthy beyond the imagination of the bulk of clubs across Europe, indeed the world. Very soon, we shall have a European Super League, a competition that may well be “closed” and the jealously-guarded territory of institutions like Real Madrid, Paris St. Germain, Barcelona, Bayern Munich and Manchester City. The UEFA Champions League is surely moving in that direction and the financial clout of these clubs may well drive the creation of a closed shop, making them even wealthier and more untouchable. If we are not careful, it could spell the death knell for many national league competitions.

If we assume that the uber clubs of Europe remain just that, perhaps it is time to start contemplating the unthinkable. In other words, the separation of clubs that are simply too big for their current domestic competitions. It is not inconceivable that such a concept is already on somebody’s drawing board, possibly fuelled by TV or the deep pockets of oilmen and oligarchs. Obviously, the mere thought of such a venture will be totally unpalatable to many, but today we all but have a two-speed European football landscape.

The main European leagues have become too predictable, with the so-called “big five” now the property of a handful of clubs. In Italy, Juventus have won eight consecutive titles, largely due to an overhaul of the club, the purchase of their own stadium – and groundbreaking move in Italy – and some smart marketing. At the same time, traditional rivals Inter Milan and AC Milan lost their way, allowing the Turin giant to totally dominate Italian football and reach two Champions League finals.

The Juventus situation is typical of the situation in the major leagues elsewhere – Bayern Munich have won the German Bundesliga for seven consecutive seasons. Clubs like Borussia Dortmund and RB Leipzig have threatened to provide competition, but Bayern’s strength, financial acumen and track record make it difficult for any would-be contenders to mount a sustained challenge.

In France, money is making a very clear and controversial difference, with Paris St. Germain dominating for the past seven years. The backing of Qatar, highlighting the globalisation of the game, has created one of the most one-sided scenarios in world football, with PSG’s  budget more than double their nearest rivals. Undoubtedly the antithesis of the fabled “level playing field” (which has never existed in most European leagues), the situation in France also makes the club very unpopular, mostly because they can make the competition even more lop-sided at the click of a finger, as demonstrated in the transfers of Neymar and Mbappe.

Of course, Spain has long been dominated by Real Madrid and Barcelona. Since 2000-01, La Liga been won by a club other than this duo just three times. It’s not a new phenomenum and to some extent, people are more accepting of the Real-Barca axis than other foregone conclusions. What is also notable is Spain’s domination of European club competition. Four of the last five UEFA Champions Leagues have been won by Spain and on two occasions, La Liga has provided both finalists.

If there is variety, it can be found in England. Where the Premier differs from the other big five leagues is that there is just a hint of the unexpected, hence a club like Leicester City can – with some magic beans – win the title. That’s largely due to the huge broadcasting fees that are distributed more democratically than in other countries, and also the number of wealthy owners. But over the past two seasons, the gap between Manchester City and the rest of the Premier suggests their enormous wealth is starting to elevate the club far higher than their rivals. The picture may look different in three or four years if City’s dominance continues.

Champions League participation is, for the vast majority of clubs, merely a cash cow. Most have no chance of progression or getting close to the latter stages, but being involved is the key. It has created an industry that is no longer about clinging to hopes of winning a prize, but about generating revenues. The old romantic vision of pulling off a shock result or embarking on a glory-seeking run is all but consigned to the past – the very structure of the Champions League makes it incredibly difficult for a true shock to take place. Basically, league competition will almost always give you the correct result over the course of a campaign. Knockout football still has the power to deliver unpredictability. That’s why the Champions League second phase is always far more interesting than the group stage.

UEFA’s strategy is designed to dangle cash in front of the continent’s also-rans, remove them in the group matches and filter the field to leave 16 of the very top and TV-attractive clubs. There can be no denying that as the competition progresses, the quality and excitement can build, but it has become as predictable as the big five leagues.

The Champions League’s awkward cousin, the Europa League, struggles to gain critical acclaim, largely because the Champions League is too large and considered the be-all and end-all of European football. There seems to be a lack of enthusiasm for the competition among certain clubs – English clubs, for example, often go out cheaply, and supporters often find it hard to get excited. Two of the last three competitions have now been won by English clubs.

All over Europe, cup competitions have become something of a hindrance to many clubs. The overwhelming emphasis is placed on leagues. As the main UEFA competitions gradually resemble leagues, perhaps it is time to dispense with the current format of both the Champions League and Europa League and to accept that a European Super League is the natural evolution of the UCL and that beneath that, a set of regional leagues could provide a stimulating development for teams outside the Super League.

Opponents of the Champions League – and there are many – may not wish to accept such a project, but the fact is, having cornered the rich pickings of European football, the elite clubs will not give up their position easily, and neither will the game’s wealthy investors.

If these clubs had their way, they would probably create a structure that preserves their status at all costs, with membership determined by financial strength and relegation restricted. However, closed leagues have limited attractiveness for the public and eventually become stale.

The creation of a European Super League could just make European football’s major leagues more competitive and could also be the catalyst for the redistribution of wealth. For example, if Real Madrid and Barcelona were members of the ESL, they would not be eligible to take a share of broadcasting revenues earned by the Spanish League. Some might argue that a Spanish League shorn of its two biggest clubs will weaken the competition. It might lower the quality but would undoubtedly make La Liga more competitive. The same would apply to France, Italy, Germany and England. Let’s not forget that Bayern Munich only visit every Bundesliga club once in every season, not 38 times. Hence, the loss of a monopolising club will be more than compensated by a more democratic league.

But there is another possible solution, the introduction of regional leagues that act as feeders to the ESL. Recently, Futbolgrad featured an article about a post-Soviet league, an entertaining exercise that effectively recreated the USSR domestic league. But in theory, such a league could be the prototype for a series of leagues that take the champions from across Europe and place them in regional groups or leagues that provide the next batch of Super League teams. These could be: Nordic & Baltics (Denmark, Norway etc); Mitropa (Germany, Austria, Switzerland etc); Atlantic (England, France, Belgium, Netherlands etc); Southern (Portugal, Italy, Spain); Eastern (Post-Soviet etc).

The regional leagues could act as a buffer between the ESL and the domestic leagues. But the big advantage of a pan-European structure is the idea that everyone is involved – effectively, every team from the domestic premier leagues to the ESL is playing European football, for promotion from the domestics means entry into a regional [European] structure. And with the behemoths extracted, clubs will have a better chance to be successful. Anybody mourning the loss of Real Madrid should consider that 16-17 clubs are stuck in perpetual mediocrity. A form of streaming could just breath life into old Europe and remove some of the imbalances.

It is no use pretending that such a structure would be easy to implement and there will always be questions about finance. There are many ways to skin a cat, as they say, and the entire structure would need to administered by one body – UEFA, in terms of revenue distribution (TV, sponsorship etc), or national associations could retain control of revenue distribution in their own domestic competition. Once a club moves from domestic to regional, the national association could pass the club over to become part of a different allocation pot – run by UEFA. The regional leagues would effectively be part of the ESL structure and would therefore derive revenues from the ESL system rather than the domestic pots.

This might not be the answer, but it is merely one idea to combat and regroup European football in an age of tremendous inequality in European football. Let’s be frank, the UEFA Champions League, at its best, is a compelling product, but it is football for the wealthy, groups of multi-millionaires running around on the pitch with thousands of fans paying for expensive tickets. At the same time, the giant corporate football machines will not easily change a structure that is geared towards making them even richer. Therefore, it is a case of adapting the current paradigm to allow more clubs to share in the wealth and also give more hope to the smaller clubs with aspirations to play among the elite, even if it is for one season.

Club football in its best form has gradually replaced the corporate bun-fight that is the World Cup as the pinnacle of the game and a set of regional leagues can, effectively, introduce an element of healthy nationalism. As FIFA World Cups have declined in quality and excitement since 1970, although 2018 did provide a refreshing change, there is more fervour created by club games. The World Cup and the European Championship have become “events” that make money for the organisers and thousands of events companies. Major tournaments are as much a fund-raiser as they are an opportunity to pit nation against nation to determine who is the best in the world.

The future of international football is more likely to be influenced by clubs such as Barcelona, Bayern Munich and Real Madrid than it is to rest in the hands of Brazil, Germany, Argentina or Italy. Try to name truly outstanding national teams from the past 30 years and you’ll come up with France 1998-2000 and Spain 2008-12. The most irresistible teams since globalisation took hold have arguably come from club football.

People are still struggling to come to terms with the new reality that the football industry has become a financial sector as much as it is a segment of global sport. It is, regrettably for some, all about money, and the clubs with resources will always rise to the top and be successful. It won’t easily change, so the best course of action may be to adapt to a system that allows more clubs to grasp the opportunity to be successful, creating a set of playing fields that are a shade more even than they currently appear to be.