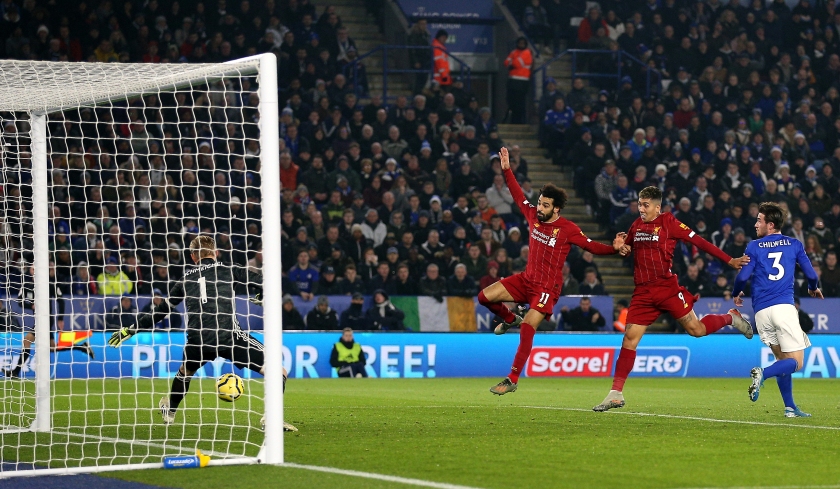 REGARDLESS of their recent FIFA World Club Cup triumph in Qatar, Liverpool have every right to claim they are the best team in the world at the moment. It may be a subjective title given the halfway stage of 2019-20 has only just been reached, but 2019 will go down as the year of Liverpool’s resurgence and come May, the project will surely be anointed with the club’s first league title since 1990.

Liverpool were agonisingly close to achieving champion status in 2018-19, just one point separating them from Manchester City. However, Liverpool’s league record in the calendar year is better than the Premier champions. Liverpool, up to and including Boxing Day, had accumulated 98 points in the year versus City’s 92. Liverpool’s only defeat was at the Etihad in the first league game of 2019. City’s inconsistencies in 2019-20 may have been a surprise to some, but Jürgen Klopp’s team has been inspired and pushed-on by the power of City. Liverpool have improved in 2019-20 while City have stuttered, perhaps spoilt by the monumental achievements of 2018-19.

Liverpool’s year outstrips all the big teams across Europe. Their win rate in league games in 2019 is 83.78%. While some of the big names, such as Real Madrid, Bayern Munich and Barcelona appear to be in a state of flux, Liverpool seem to be on the crest of a wave, at the peak of their powers under Klopp.

Indeed, Klopp’s record since taking over in October 2015 has been one of steady improvement, moving from eighth to second in the league, losing in three finals and finally, lifting the Champions League while narrowly finishing second in the Premier. The World Club Cup merely confirmed what we all suspected – Liverpool have few equals in 2019-20.

What’s more, Klopp has made Liverpool much more popular among opposition and neutral fans and few would begrudge them the title this season, apart from their obvious adversaries. The genial, pragmatic, ever-smiling Klopp is a positive figure who would be welcomed at most clubs. Who wouldn’t want him in their dugout?

Liverpool’s 2018-19 Champions League triumph was significant for a number of reasons, not least because they beat fellow Premier Leaguers Tottenham in an all-English final, but they also disposed of Barcelona and Bayern Munich, two of Europe’s elite band. Any thoughts that Liverpool may have rode their luck, as they did a little the season before, can be dismissed by the way they overturned a three-goal deficit against Barcelona in dramatic style.

Put simply, Liverpool look hungrier than their Premier rivals, their appetite fuelled by a combination of Klopp’s exciting high energy style and the desire to win the league after 30 years. Of the so-called “big six” clubs, only Tottenham have been waiting longer (59 years) for a title.

Current Premier and their titles

The current squad is largely one that has been constructed via the transfer market, only Trent Alexander-Arnold of the regular Liverpool XI can be considered home grown. Appearances made by home-grown players total just under 9% of overall appearances, while Liverpool are among the most “foreign” of Premier clubs, with expat players makling more than 75% of overall playing time.

Since 2015-16, the Liverpool team of today has gradually been assembled, with Sadio Mané, Georgino  Wijnaldum and Joel Matip arriving in 2016-17, Mo Salah, Andrew Robertson, Alex Oxlade-Chamberlain and Virgil van Dijk joining in 2017-18 and Fabinho and Alisson both signing in 2018-19. Liverpool have spent around £ 460 million since 2015-16, but have also recouped £ 365 million.

Financially, Liverpool are in good shape. In 2017-18, the club made a world record profit of  £ 125 million and in 2018-19, they posted record revenues of £ 250 million. Their squad is valued at over £ 1 billion, according to Transfermarkt and players like Mané, Salah, Firmino, Alexander-Arnold and Alisson are all rated well above € 100 million by CIES Football Observatory. The only concern could be that the club’s youngsters were so easily cast aside by Aston Villa in the EFL Cup

Further recognition of the strength of Liverpool’s regular team was evident in the Guardian’s top 100 list for 2019. Manchester City and Liverpool, combined, account for 21% of the 100, with 10 Liverpool players featured. While the Guardian list underlines the power of the Premier (37% of the list), it also emphasises the concentration of wealth among the leading squads – 72% of the list comprises players from 12 clubs that would normally feature in any list of the leading dozen European names.

Moreover, Liverpool, with seven nominations, had more players in the Ballon d’Or 2019 list than any other club and had three of the top five, including second-placed Virgil van Dijk, who was just seven points behind Lionel Messi, the winner.

The widespread acknowledgement of the quality of Liverpool’s squad indicates that they have regained their place among Europe’s elite, a position they enjoyed in the 1980s. Their record against the top tier of clubs in the Champions League is also improving. Since 2014-15, Liverpool have a win rate against the top clubs (Manchester City, Barcelona, Juventus, PSG, Real Madrid, Atlético and Bayern) of 45.45%, bettered only by Barca and Real.

If the Premier League is the top football league in the world, then its dominant forces undoubtedly have a right to be called the best on the planet. By the end of the current season, Liverpool’s claim will have received even more credibility, but as it stands, the criterion by which you might judge contenders  – team, manager, style, results and potential – places the reds from Merseyside at the top of the list.