What is a “normal” football club?

THE excellent German football publication 11 Freunde refused to cover the game between Bayern Munich and RB Leipzig as the latter is not a “normal” club. Admittedly, in the traditional German sense, RBL is not like most of the others, but then, what really constitutes normal?

Football has never warmed to a club, or player, that does not conform to convention. Remember when Graeme Le Saux was playing and not only received ridicule for actually “reading” a newspaper but was also taunted by a Liverpool player, implying that he might be gay? And what about the clubs that have very different models from the majority, how many hated clubs are there because they dare to be different?

The strange thing about football is that fans, clubs and officials invariably don’t like the status quo being challenged. Let’s look at Leipzig and their connection with Red Bull. The Austrian drinks company is a big corporate, just like so many others that dabble in football. Red Bull is not unlike the City Football Group in that it has a portfolio of clubs. While they are wealthy, there is a limit to how much money they can inject into any of their clubs. Red Bull’s real sin is in showing scant respect for tradition. If there is one thing football fans hold dear it is customs and rituals, so they made a huge blunder.

Germany’s 50+1 club ownership model is an admirable one and the ongoing anger about RBL’s existence is, to some extent, over the system being bigger than any one club, despite Bayern’s near monopolisation.

But RBL are not the only club to receive big corporate backing. Bayer Leverkusen are 100%-owned by Bayer, the pharmaceutical giant. Wolfsburg is Volkswagen’s club and Hoffenheim are 96%-owned by Dietmar Hopp, one of the founders of SAP. None of these clubs are really “normal”.

Leipzig’s story is well documented and a lot of people sneer at the very mention of their name, not least because the traffic between RB clubs gives them an advantage over rivals.

Red Bull’s patronage has not made Leipzig the richest club in Germany. According to the Deloitte Football Money League, Bayern (obviously), Dortmund, Schalke and Frankfurt are all better resourced. People may not like the way Red Bull gamed the system but Leipzig have yet to win a major trophy and you sense Bayern will always outgun them.

Leipzig have challenged the accepted order, however, and that always upsets those at the head of a traditional football hierarchy. England is a good example of this and, notably, the way clubs like Manchester United, Arsenal and Liverpool reacted to “new money” entering the Premier League. These three clubs were England’s most successful and represented the establishment. Everton were also once included in this bracket.

Take United as an example and their big attendances. When the Premier League started, United were averaging 35,000 at Old Trafford, while 12 of the clubs in the division were drawing under 20,000. United had a big advantage that has only grown. Within 15 years of the Premier’s launch, United had doubled their crowds to 75,000 and the overall average was 36,000 in the division. In the period between 1992-93 and 2002-03, Manchester United and Arsenal dominated domestic football in England, with United winning eight league titles and FA Cups and Arsenal two and four respectively. These clubs benefitted from financial strength, a rich heritage and critical mass in terms of popularity. It was difficult for other clubs to compete with United by building organically, so the only way to achieve elevation was by seeking-out investment. Football seemed to accept the uneven playing field that existed for decades, yet begrudged any club receiving the fresh impetus of new investors. This sentiment was also fuelled by the hereditary peers of the game – United, Arsenal, Liverpool – who protested more than anyone else about the threat of losing their place at the top table.

That didn’t happen, but the pendulum swung away from United and Arsenal. It took a while, though – in the period 2003-04 to 2011-12, United still had enough power to win four Premier titles and they also won it in 2013. Chelsea were in the ascendancy in that period, but in the years between 2012-13 and 2018-19, Manchester City came to the fore. Liverpool, domestically, have been short on staying power, although in 2019-20, the Premier League trophy looks destined for Anfield. Arsenal have certainly lost their position as a league contender.

Both Chelsea and Manchester City are disliked because of their inflated investment, but is it really any different than United becoming a corporate giant (in footballing terms) and using the stock market, leveraged buyouts and globalisation to good effect? Or, in Arsenal’s case, moving the club from south to north London in order to capitalise on a wealthier part of the capital? Or the Mersey clubs gaining financial advantages from the backing of a football pools empire? Clubs have always used various opportunistic methods in trying to build themselves up – rarely has it been idealistic, patient or democratic. And football has, more often than not, been a case of the survival of the fittest. Chelsea and Manchester City, by arriving into the top bracket, provided more competition for a league that was, to a large degree, being monopolised. It is feasible that if either had not been, to quote a well-known former manager, “injected with steroids”, then Arsenal and United would still be at the helm.

The new environment has also created some very embarrassing situations, such as Paris Saint-Germain’s almost obscene advantages in France. PSG’s financial strength allows them to dominate domestically, but it is really a model that is being constructed to preside over European football.

Football is also full of contradictions. While the fans and club officials complain about the artificial wealth accumulated by Chelsea, Manchester City and Paris Saint-Germain, they also long for a similar form of financial backing. In other words, if a billionaire drove into Villa Park, St. James’ Park or St. Andrews, the club would probably bite his or her hand off. Football is, after all, a game based on envy as much as common sense.

Rightly or wrongly, modern football today is propped-up by wealthy benefactors and, inevitably, broadcasting revenues, so clubs will be drawn towards those investors that can keep them in a style they would like to become accustomed to.

It is worth noting that, despite the impetus received from Russian and Middle Eastern money, Manchester United – run on a US-style sports business model – are still wealthier than both Chelsea and Manchester City.

The non-league game in England has also seen a scaled-down version of what has been happening at the top level. Clubs that do not conform to the accepted non-league model are normally despised or mocked. Team Bath was a good example,  a club that was linked to the University of Bath and received certain benefits from a conveyor belt of good quality players. As a team from a university, they were not well supported and as a tenant at other clubs’ grounds, found their progress stymied. There was a little bloody-mindedness in the way Team Bath were treated, but the quality of their football was a cut above many of their opponents. You hear stories about leagues willing some clubs to fail because they don’t like the way they are run or financed.

Any non-league club that has had substantial cash injections is usually disliked, partly because of envy and partly due to the way the money is spent – normally thrown around like confetti at a wedding. There is something rather tasteless and crass about a millionaire flexing his wallet in non-league and paying more money than is necessary to win a step three or four league. For one thing, it is unsustainable and secondly, it does little for the long-term image of that club.

Increasingly, clubs are trying to improve their social awareness and have realised that people like to be associated with organisations that adopt an approach of doing what is right rather what is permitted. Ideals are a great thing, but they rarely prove effective in football. If football was idealistic, then gambling would not have such a foothold in the game and players and their agents would not be disrupting team-building plans. And clubs would not charge the admission prices they currently demand. We would all like to think fan-owned football might be “normal” in the future, but there is no such animal as a “normal” club. Clubs come in all shapes and sizes, adopting approaches that serve their own requirements. Football is, after all, a competitive world, so it is natural that clubs will try anything to be more successful than their rivals. That might include securing sponsorship, building a bigger stadium to generate more income, attracting a billionaire or sovereign wealth fund to provide unprecedented amounts of cash. How “normal” is it to have a league with a club that has a 75,000 ground playing alongside one that cannot attract 20,000? How competitive is it for a fan-owned club with limited resources to come up against a multinational club with “supporters” all over the world? Football is a free market, and like all such economies, you have the extremely rich, the rich, the well-off and the poor. Modern football reflects modern life and sometimes, “normal” just doesn’t exist. 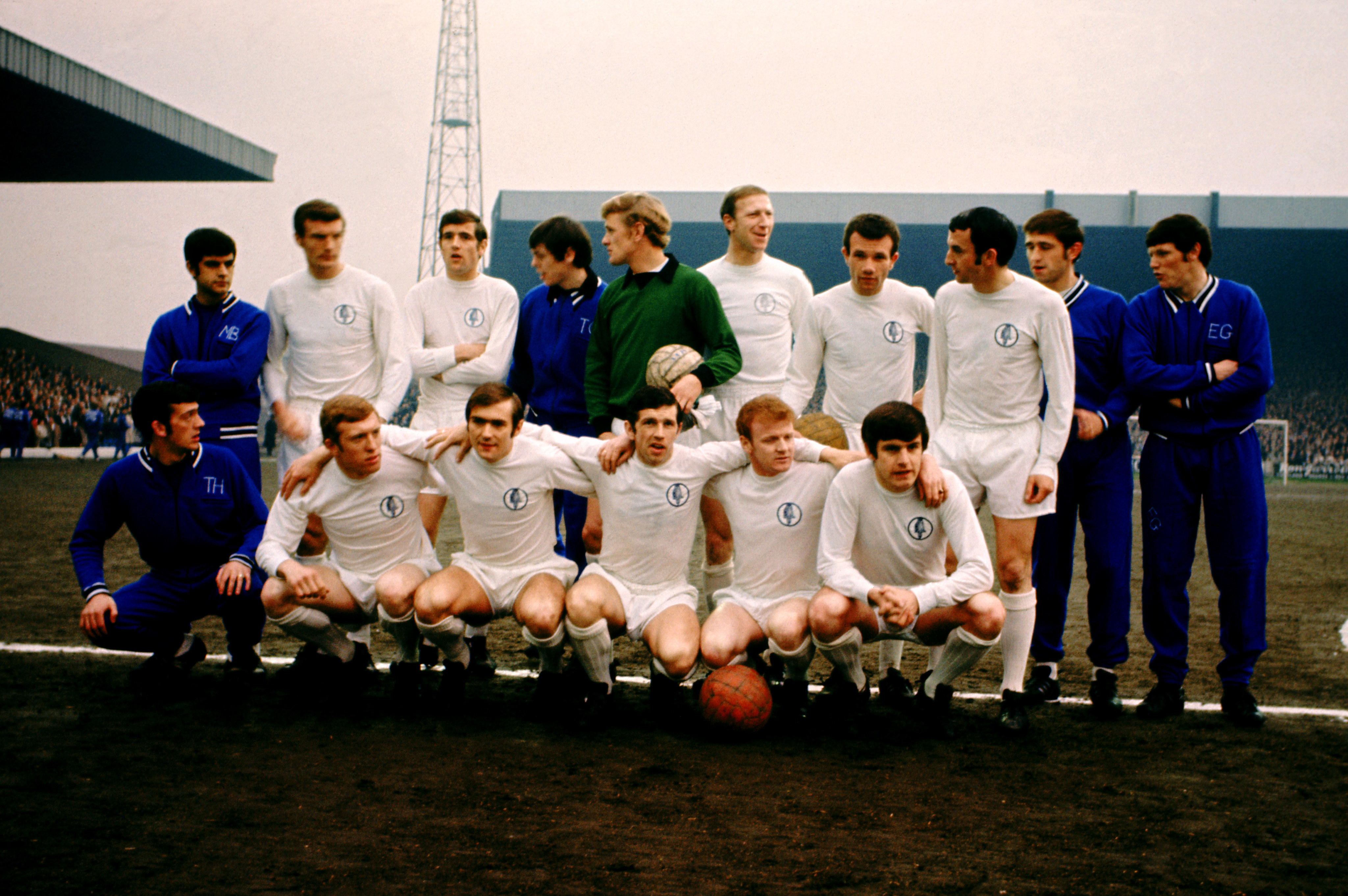 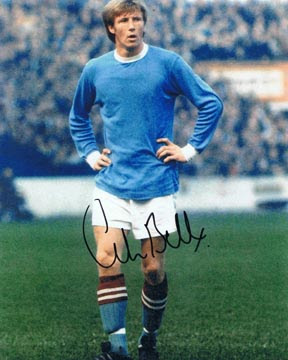