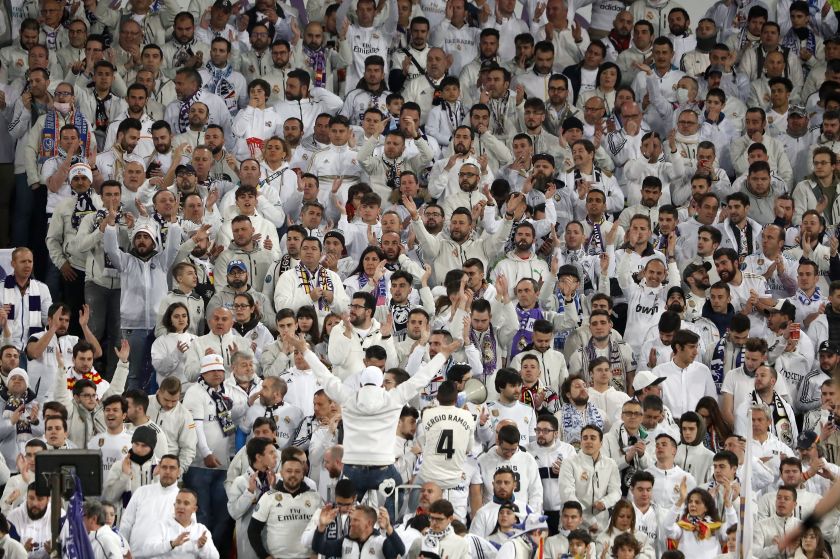 STUDIES on the economic state of football are fairly predictable these days, the small band of uber-clubs is well established at the forefront of the game. But these studies can provide some pointers about the clubs on the rise or those in decline. If one assumes the top bracket will remain more or less intact, dramatic changes are always going to be rare.

KPMG’s latest European Elite report identifies a number of clubs that have had a good four or five years. It also confirms what we already knew about one or two that have seen better days. Above all, KPMG’s work shows that elite football has grown substantially since 2016 and on the basis of current growth trajectories, there could be a changing of the guard at the top of the Enterprise Value (EV) table.

Real Madrid remain the number one club by value, their € 3.5 billion some € 200 million higher than Manchester United’s EV. Barcelona are breathing down United’s necks with an EV of € 3.2 billion. When KPMG launched their European Elite series, not a single club had an EV of € 3 billion and there were eight with a value of more than € 1 billion. In 2020, there are 13 clubs worth more than € 1 billion and eight are higher than € 2 billion.

Real Madrid’s EV has increased by 20% over the past five years, one of the lowest growth rates among the very top clubs. Barcelona have grown by 16% and are now the top club in terms of revenues generated. However, the gap between the two clubs has actually widened, with Real having a € 285 million advantage (+9%) compared to four years earlier when the differential was € 147 million (+5%).

The fastest growing clubs among the top bracket since 2014-15 have been Tottenham (+158%), Liverpool (+109%) and Manchester City (+61%), not a huge surprise given their performances in English football and the UEFA Champions League. Conversely, Arsenal, a club that is struggling to keep pace with the other members of the elite, went up by just 11% in that period.

The club with the highest growth rate is France’s Lyon, who increased their EV by 193% in the five-season timeframe.

In the first European Elite report in 2016, Arsenal were ranked number five, by 2020 they had dropped five places to 10th. Furthermore, the change in fortunes in north London has been remarkable – in 2016, Arsenal’s EV was more than twice the size of Tottenham’s (€ 1.7 bn versus € 801m), but in 2020, the Gunners are more than € 200 million behind Spurs (€2.1 bn versus € 1.9bn). This shift represents the recent playing performances of the two clubs as well as the sentiment surrounding them.

Likewise, Manchester United’s position in the North-West of the UK has come under threat. In 2016, United had a € 1.3 billion advantage over Manchester City and just over €1.6 billion on Liverpool. Four years on, United’s EV has risen by 15% while City’s has gone up by 61% and Liverpool’s by 109%. The gap between United and City is now € 736 million, while Liverpool are just € 684 million behind the Old Trafford club.

In Germany and Italy, the dominance of Bayern Munich and Juventus is underlined in the EVs of the two clubs. Bayern may have lost some of their advantage over Borussia Dortmund, but their EV is still 125% higher, while Juventus still have an EV that is 76% more than nearest challenger Inter Milan. Inter’s rivals, AC Milan have fallen down the rankings, losing another 5% of their EV.

This report may be something of a landmark event. Football’s future is rather cloudy following the coronavirus and the financial state of the game may change significantly. Indeed, we could be on the brink of massive shifts in the industry. Until some form of normal service is resumed, the full damage of this crisis may not be truly apparent. If the European Elite is a snapshot document, what will it tell us in a few years’ time when the dust has truly settled.