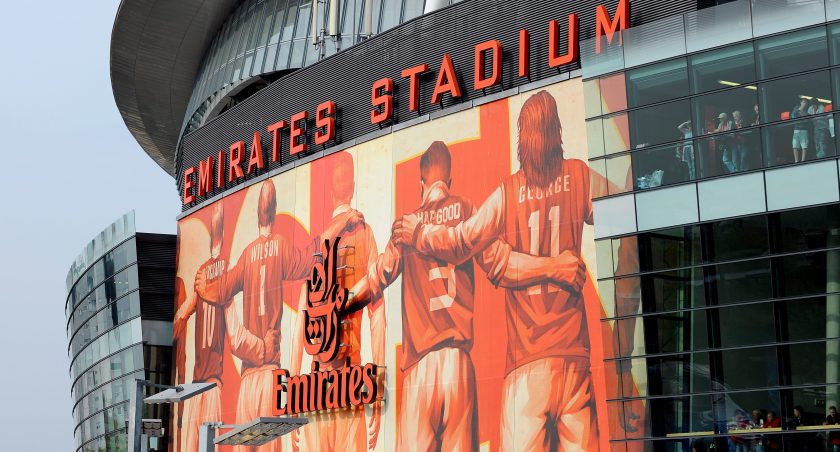 STADIUM sponsorship is an area of the football market that has yet to fulfil its full potential. While some clubs, such as Arsenal, Manchester City, Bayern Munich and Juventus have stadiums that bear the name of a sponsor, some countries have been reluctant to embark on a relationship that, while lucrative, could tamper with the identitiy of a club.

But clubs may now find themselves under pressure to “sell” their stadium name, even those that have grounds that have formed part of their heritage for decades. With the pandemic causing some clubs to aggressively cut costs and reassess their business models, the incremental income from a long-term stadium deal could be a necessity rather than a “nice to have”.

Even though stadiums have been empty for months, which would affect the price of a potential naming rights deal if lockdown conditions persist – it is a buyer’s market – a stadium’s name offers significant repeat airings and the cachet of close association.

For example, Arsenal’s Emirates Stadium has become almost as identifiable as the club’s old home, Highbury. Similarly, Bayern’s Allianz Arena has done the their brand no harm whatsoever. It’s Bayern’s stadium, regardless of the sponsor’s name being the first thing spectators see when approaching the eye-catching ground. Two have become one – arguably the intention of the arrangement all along.

Stadiums have various types of name: locational; a connected name unique to the club in question; commemorative; the club’s name; and now a commercial tie-up. In the case of location, sometimes these can be vague but invariably the stadium’s name represents the street or road where it stands or once stood – for example, Elland Road (Leeds). Commemoration is a big part of football’s culture and some stadiums are named after notable individuals, such as the Johan Cruyff Arena (Ajax). Molineux, the home of Wolves, was named after a local merchant, Benjamin Molineux.

A football ground can also have an idiosyncratic address, such as West Bromwich Albion’s The Hawthorns, so-named because a collection of hawthorn bushes were removed from the site when the stadium was built.

Whatever the origins, there is a peculiar and romantic attachment between the fans and the place where they go every fortnight to see their favourite team. Any attempt to change a name is greeted with resistance and that’s probably why rights have never taken-off in the United Kingdom, whereas in Germany, where many stadiums were originally municipal, renaming has never been a major issue. Indeed, Deutschland AG’s big names, such as Allianz, Deutsche Bank, Mercedes, VW and Bayer have all welcomed the chance to embark on sponsorship deals.

A stadium is part of the trinity of cultural icons that have traditionally defined a club: football ground (including location thereof); club colours; and badge/crest. Changes to any of these totems invariably spark off indignation among purists. Newcastle United changed the name of St. James’ Park to the Sports Direct Arena, but when Wonga became the club’s main shirt sponsor, they also bought the rights to the stadium and decided to restore the old name. This was not only a sign of a company respecting the club’s history, but it also made the fans very happy.

In the modern game, stadiums are an asset that can be sold in order to fund relocation, recapitalisation or a bail-out. At lower levels, monetising ownership of a ground has often saved clubs from catastrophe. Furthermore, the possibility to leverage the stadium’s position, name and attraction could be a strong, ongoing revenue stream.

The most lucrative deal across world football is Manchester City’s deal with Etihad, which yields more than € 17 million per annum. This is almost double the second highest, Atlético Madrid’s € 9.6 million annual income from Wanda’s sponsorship.

It is no coincidence the most successful naming deals have involved new stadiums rather than traditional football homes. Tottenham Hotspur’s excellent new ground has yet to sell its rights, although it is well known the club intends to do so. Before the pandemic took root, there was talk of a £ 250 million deal with Amazon, but this has not yet materialised. The ground is currently called the Tottenham Hotspur Stadium, a decidedly neutral holding name until Spurs chairman Daniel Levy can secure the right agreement.

There are a number of prestigious stadiums that have yet to be sold, but these things do not move fast because they have to be structured over a reasonable long time period otherwise the value is limited. There’s also another factor to consider, that the sale of an established, historic name may not benefit the sponsor. Old Traffford will always be known as Old Trafford even though a company like Chevrolet or AIG might be willing to buy the advertising patch.

Barcelona, whose financial problems have become well known since the covid-19 virus changed the face of football, have decided to sell the rights to the Camp Nou and donate the proceeds to charity – a superb public relations move. Barca’s rivals, Real Madrid, are hoping to sell the rights to the Bernabéu, which is expected to assist in the major refurbishment programme being undertaken by the club. La Liga has a low level of naming deals, only 15% of clubs have so far ventured into this market, which is less than the Premier League (20%), Serie A (20%), Ligue 1 (20%) and the Bundesliga (78%).

Consultants Duff & Phelps estimated that clubs like Real Madrid and Barcelona could earn around € 36.5 million annually from a stadium deal. The company believes that football has so far undervalued the potential of such transactions – with the exception of the Bundesliga, no European league can match the US appetite. Around 80% of NFL (American football) clubs have sold their stadium name.

When football eventually comes through the pandemic, the squeeze on club revenues may prove to be the catalyst for a new approach to maximising income, which could also see a drive to sell stadium rights. Before clubs leap into deals that can help solve a problem or two, elements such as reputational risk, brand alignment and suitability will need to be considered. The money may be very useful in the current climate, but in the 21stcentury, how a club (company) is perceived by the public is equally important. As we saw with the aborted takeover of Newcastle, people can be very sensitive about who their club is partnering with. Get it right, though, and a club’s stadium name change can be a seamless exercise that reaps dividends for both parties.