THE year 1974 really did belong to West Germany. Bayern Munich won their first European Cup and in the summer, the nation rejoiced as the World Cup was won. Suddenly, it was “cool” to be German and players like Franz Beckenbauer, Gerd Müller and Uli Hoeneß were among Europe’s finest. Bayern were also crowned champions of the Bundesliga in 1973-74 and were just a couple … END_OF_DOCUMENT_TOKEN_TO_BE_REPLACED 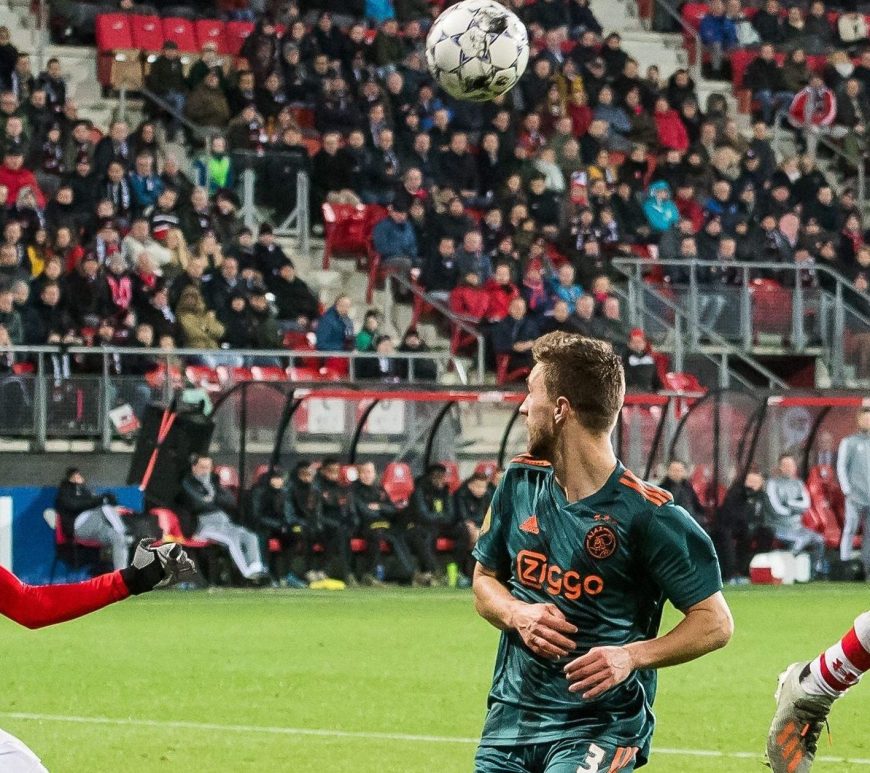 THIS IS a club that has called on the methods of Billy Beane of Moneyball fame. A club that has a reputation for bringing on home-grown talent. They’re also dynamic data wizards and come from a town best known for cheese. AZ Alkmaar have a playing budget that amounts to around 25% of the mighty Ajax’s wage bill so they have to find ways to … END_OF_DOCUMENT_TOKEN_TO_BE_REPLACED

BACK IN 1970, one of the most captivating games of an outstanding World Cup, Italy’s 4-3 win over West Germany, was so exciting that the final whistle left you disappointed that the match had ended after 120 pulsating minutes. The same feeling was evident at Stamford Bridge when Chelsea and Ajax shared eight goals on an evening that reminded the near-40,000 crowd that the UEFA … END_OF_DOCUMENT_TOKEN_TO_BE_REPLACED

AJAX’s renaissance last season was always going to be short-lived as Europe’s big clubs were waiting in the wings for their chance to pounce on the best players. Those hung up on presentism expressed their surprise that a team from the Netherlands could compete with the likes of Real Madrid and Juventus, even though the Dutch have provided more European champion clubs than Spain and … END_OF_DOCUMENT_TOKEN_TO_BE_REPLACED 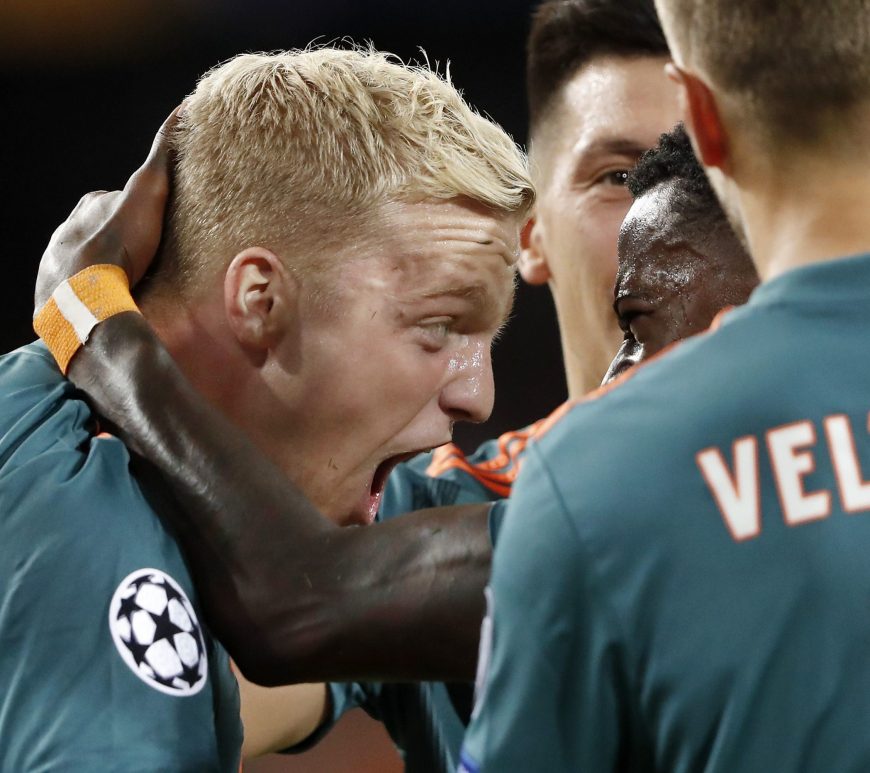 EVERYBODY expected Ajax’s renaissance in 2018-19 would come to a shuddering halt as they started to lose their key players to Europe’s elite band of clubs. When Ajax were beaten in the semi-final of the UEFA Champions League, thanks to a heartbreakingly late goal, the conclusion was that an exciting young team had probably lost its chance of immortality. Ajax certainly lost two of their … END_OF_DOCUMENT_TOKEN_TO_BE_REPLACED

AT the start of 1971-72, England’s football fraternity was still clinging to the idea that the nation was a major power in the game. The 1970 World Cup defeat at the hands of West Germany was mostly seen as an aberration and partly attributable to the rustiness of poor old Peter Bonetti, the outstanding Chelsea goalkeeper. There was little suggestion that perhaps the English method … END_OF_DOCUMENT_TOKEN_TO_BE_REPLACED

THE UEFA Champions League knockout stages never disappoint – they represent the very best football in the world, more engaging than the World Cup, more exciting than the Premier and more dramatic than an episode of Line of Duty. Where else can ecstasy turn to agony, grown men openly weep, higher orders get called upon and TV pundits abandon all decorum and reserve? The competition … END_OF_DOCUMENT_TOKEN_TO_BE_REPLACED

AND SO, the likelihood of a hallowed treble (UCL, League and Cup) now comes down to one possible candidate, Ajax Amsterdam, who have already won the KNVB Cup and face Tottenham in the second leg of the UEFA Champions League semi-final. As for the league, they are in top spot, but PSV Eindhoven are level on points. Ajax lead 1-0 against Spurs, so they are favourites … END_OF_DOCUMENT_TOKEN_TO_BE_REPLACED

FOR Premier League advocates, the first legs of the UEFA Champions League semi-finals must have been a huge disappointment. The chances of an all-England final look very remote now, although those that enthuse over the essence of European club competitions will be thankful – there is nothing so anti-climatic than a European final between two clubs from the same country. The smart money, however, is … END_OF_DOCUMENT_TOKEN_TO_BE_REPLACED

WHEN is a young player not a young player? Raheem Sterling, aged 24, 49 caps for England and over 300 first-class appearances. Surely, a young player is, first of all, somebody who is on the way up, still growing and potential-rich. Given there are currently a batch of players who are indeed in the ascendancy, the PFA giving it to Sterling suggests a lack of … END_OF_DOCUMENT_TOKEN_TO_BE_REPLACED 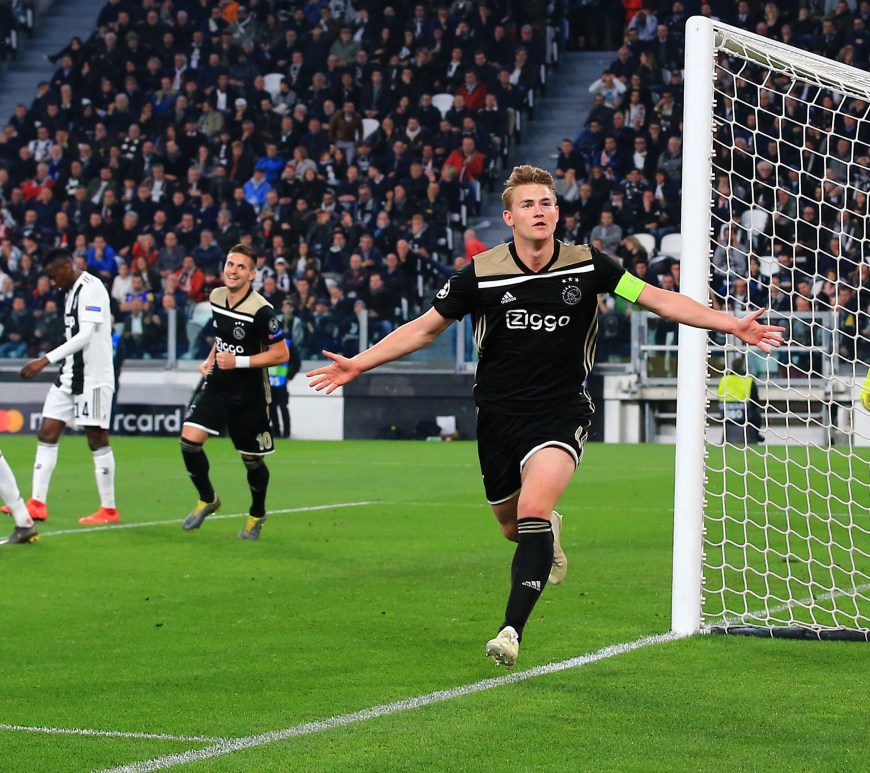 THE neutral observer could be forgiven for believing Ajax Amsterdam had already enjoyed their moment in the sun with their spectacular victory against Real Madrid. Underdogs rarely have more than one day and when up against a team that includes the UEFA Champions League’s resident expert, Cristiano Ronaldo, it would be easy to assume that Juventus would march comfortably through to the semi-finals. Ahead of … END_OF_DOCUMENT_TOKEN_TO_BE_REPLACED

SURPRISINGLY, only eight teams have managed to win a comparable trio of competitions, although many have gone close. Some of this select group have been built around outstanding individuals, such as Lionel Messi and Ajax’s Johan Cruyff, while others – like Celtic in 1967 –  were founded on the team ethic. Inevitable comparisons will be made about “who is the greatest?”, but it’s an impossible … END_OF_DOCUMENT_TOKEN_TO_BE_REPLACED 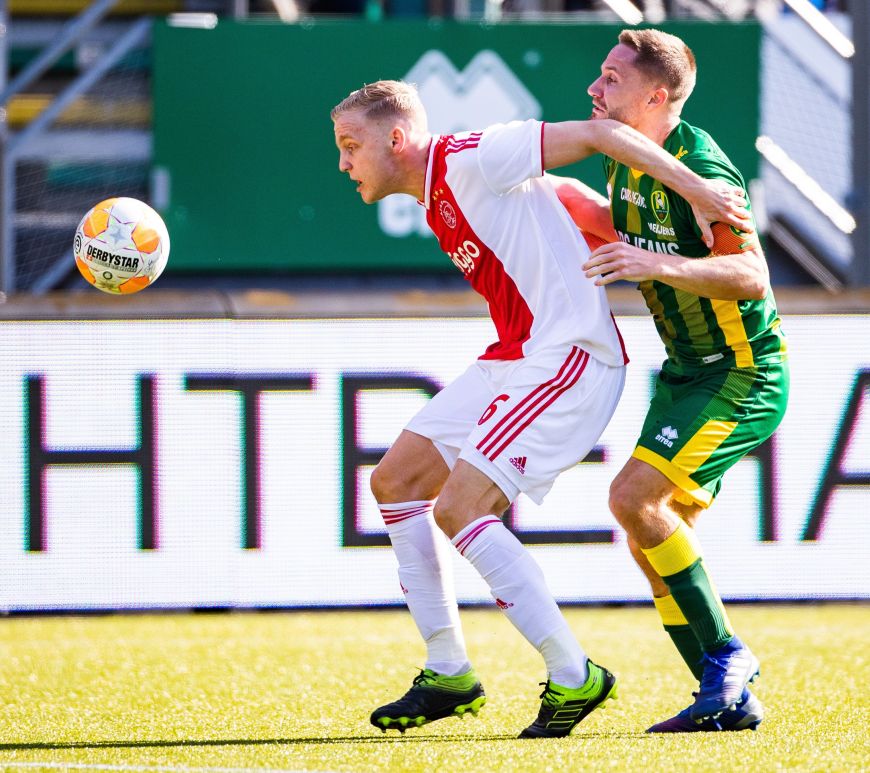 WHILE Ajax’s stunning victory against Real Madrid was a major upset, it was also a welcome reminder that unpredictability, if you scratch the surface deep enough, can still be found in modern football. The romantics would love to see Ajax rekindle the fires of European Cups past – let’s not forget Amsterdam’s finest have won the competition more times than Manchester United, Juventus and Inter … END_OF_DOCUMENT_TOKEN_TO_BE_REPLACED