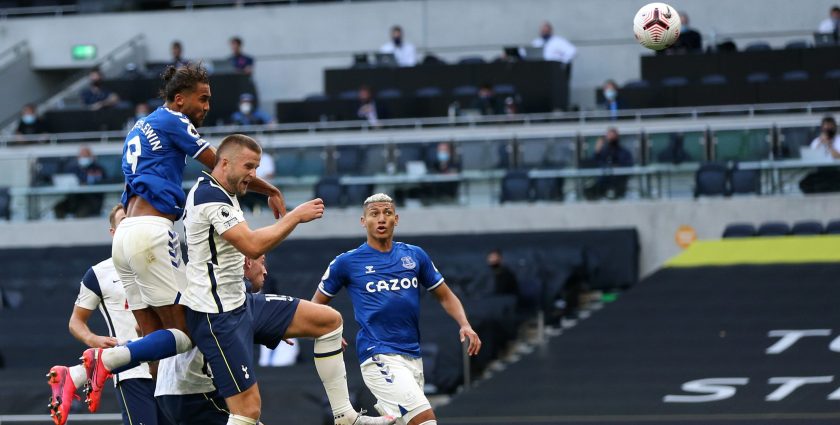 WELL IT’S back and although some of the big hitters have yet to kick-off, it’s clear that the song remains the same for some football people.

All three newly-promoted teams were beaten, two comfortably and one pushing the reigning champions to the limit. It doesn’t bode well for teams like Fulham and West Bromwich Albion, but there’s plenty of time for things to come right. Leeds United, however, who returned to the Premier as an almost popular club, exposed Liverpool’s defence – with a surprisingly over-confident Virgil van Dijk – and added to the Marcelo Bielsa legend.

The Argentinian coach, who has become a cult figure in the past couple of years, even though very few people had heard of him before he was hired by Leeds, has developed a style at Elland Road that will be greastly admired. But will it be successful? There have been well-liked promoted teams, but invariably, they have been relegated at the first attempt. Leeds, defensively, left a lot to be desired, but on this opening weekend, so too did Fulham, Liverpool and West Bromwich Albion. In fact, in all the pre-season punditry, the amount of experts talking about defensive weaknesses was astonishing. Have the top clubs all forgotten how to defend?

Liverpool looked a bit rusty, although the freshly-shorn Mo Salah was on form. But Liverpool only scored one goal from open play (they all count) and had to thank the penalty spot for their victory. Opinions vary about Liverpool’s defence of the title, possibly because Klopp’s style is intensive and energy-sapping, but without the presence of the Anfield crowd, they may be affected by the sterility of behind-closed-doors more than most. Manchester City, for one opponent, may feel rather relieved!

Arsenal started the campaign impressively, but Fulham looked as though they had picked up from where they left off at the end of 2018-19. As usual, the Cottagers played some pretty football, but they were simply not good enough against an Arsenal side that certainly looked better than a year ago. Mikel Arteta is another much-hyped manager, but this season will be his real test, a full year in charge with the added burden of expectation. Nevertheless, while the club has Aubameyang, he has a chance to succeed.

As for Fulham, it is hard to see anything other than a season of struggle. They haven’t been over-zealous in the market this time, so perhaps they will observe what they have and make improvements when they know how their current squad compares to the rest of the division. They do have Aleksandar Mitrović, the best playground bully in the business. West Bromwich, equipped with new bar code shirts, also let in three goals at home on their return to the Premier and they may have a similar year to Fulham on the evidence of their defeat against Midlands rivals Leicester City.

Arsenal’s neighbours, Tottenham, looked woeful and lacking in motivation against Everton. José Mourinho and Carlo Ancelotti are also in their first full campaigns, but you get the feeling the latter may well have a better season than Mourinho. Ancelotti must be the most celebrated coach to take the job at Goodison, but has he got the resources to give Everton what they are looking for? If he cannot make improvements, who can?

Everton have bought well – that’s been said a few times over the past few years – and a lot will be expected of James Rodriguez, who looked very nippy on his debut. A cracking goal by Dominic Calvert-Lewin settled the game and Everton, for long periods were promising. Tottenham rarely looked like it was all or nothing and will doubtless be in for extra training. The treadmill is already spinning fast.